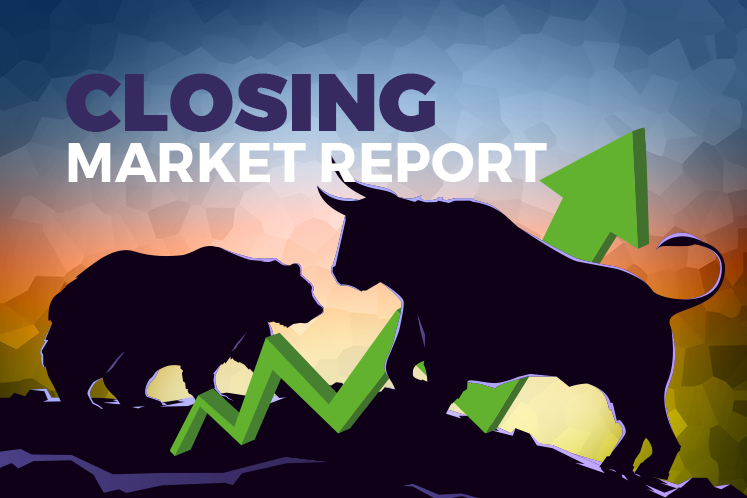 KUALA LUMPUR (May 19): The FBM KLCI today closed 13.81 or 0.98% higher as world equities cheered positive developments of a Covid-19 vaccine trial and as Malaysian shares reacted to speculation that India buyers had resumed buying Malaysian crude palm oil (CPO) after a four-month interval due to a diplomatic row.

On Bursa, the KLCI closed up at 1,423.97 at 5pm. Malacca Securities Sdn Bhd senior analyst Kenneth Leong told theedgemarkets.com that gains were underpinned by higher CPO prices. CPO prices for July 2020 had added RM44 to RM2,196 a tonne as at the time of writing.

"For now, the KLCI looks likely to retest the 1,430 resistance level, while the 1,400 [mark] will serve as immediate support. We see rotational play shifting from healthcare stocks to plantation stocks over the near term following the recovery in CPO prices,” Leong said.

Bursa’s Plantation Index was the top percentage gainer among the bourse’s indices after the gauge closed up 3.16%. News reports, quoting trade sources, indicated that Indian buyers had resumed purchases of Malaysian CPO after a four-month gap following a diplomatic row, with buying spurred by a fall in domestic inventories and discounted prices.

"The renewed purchases came amid improving trade relations between the two countries after the formation of a new government in Kuala Lumpur, with Malaysia signing a deal last week to buy a record 100,000 tonnes of Indian rice.

"Leading Indian importers last week contracted up to 200,000 tonnes of CPO from Malaysia, the world's No 2 producer after Indonesia, to be shipped in June and July," sources told Reuters. India's Commerce Ministry did not immediately respond to a request for comment today, Reuters added.

Globally, it was reported that Asian shares extended gains today as more countries emerged from their economic lockdowns and a successful early-stage trial of a Covid-19 vaccine cheered sentiment, although oil shed some of its early moves higher.

"The rally followed a firmer Wall Street lead after data on Moderna Inc's Covid-19 vaccine, the first to be tested in the US, showed it produced protective antibodies in a small group of healthy volunteers. The positive early test results boosted sentiment as investors wagered on a faster-than-expected economic recovery,” Reuters said.