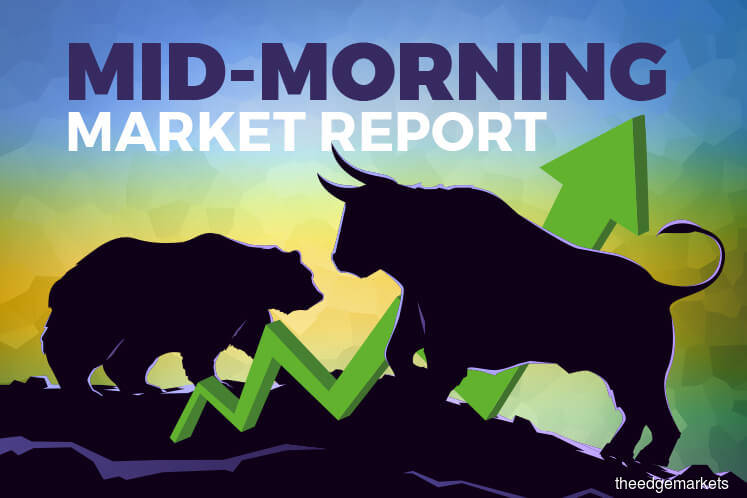 Global bond yields flirted with record low levels while stocks struggled to recover on Thursday as economic turbulence from intensifying US-China frictions and the spectre of a no-deal Brexit drove investors to safer harbours, according to Reuters.

MSCI's broadest index of Asia-Pacific shares outside Japan was flat in early trade while Japan's Nikkei rose 0.14%, it said.

Hong Leong IB Research said in the US, sentiment has turned slightly positive amid the rebound in crude oil.

"However, the upward momentum may face some resistance as additional tariffs will be imposed on selected Chinese goods this Sunday and the inversion of yield curve headlines will cap the upside momentum on Wall Street. The Dow's resistance is envisaged around 26,400.

"Tracking the Wall Street overnight performance, we may anticipate some buying interest to spill over on the local bourse, especially within the O&G sector on the back of a surge in crude oil prices following the EIA report.

"However, we believe the protracted trade war between the US and China may limit the upside potential on the KLCI. Next resistance will be at 1,620," it said.