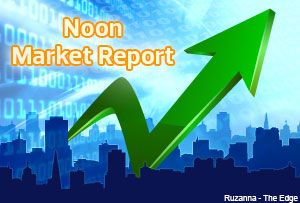 Dagang Nexchange was the most actively traded counter with 123.76 million shares done. The stock was flat at 37 sen.

Regionally, Asian shares ticked higher on Friday as investors cheered upbeat U.S. growth data, while the dollar held near four-week highs against the yen as markets awaited the outcome of the Bank of Japan's monetary policy meeting, according to Reuters.

The BOJ is widely expected to maintain its massive asset buying programme and its upbeat forecast that inflation will hit its 2 percent target next year, suggesting no further stimulus is on the horizon. The policy decision is expected around 0230-0330 GMT, it said.

BIMB Securities Research said key regional markets were mixed on Thursday and as for Asean bourses, Jakarta shares fell on political concerns while other mostly rose, with some trading range- bound, after the US Federal Reserve expectedly ended its massive quantitative easing programme.

The research house said fund buying of CIMB Group, Telekom and DiGi helped the FBM KLCI extend its gains with the 1,850 in sight amid a firmer broader market.

“Expect a bumpy trading session today with immediate resistance at 1,845 while support at 1,839,” it said.