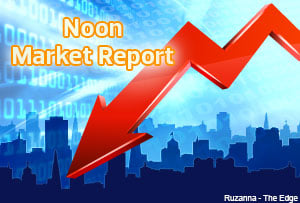 KUALA LUMPUR (Dec 2): The FBM KLCI fell at the midday break on Tuesday and looked poised to extend its losses for a fourth day running.

Regionally, Asian equities were mixed on Tuesday, with a rebound in crude oil and other commodity prices favouring the stock markets of resource-exporting countries, while the likes of Tokyo's Nikkei struggled, according to Reuters.

Crude oil held on to its gains after rebounding sharply overnight from five-year lows. The bounce in commodities was also a good omen for commodity currencies such as the Canadian and Australian dollars, and also helped gold to bounce back, it said.

BIMB Securities Research said that in Asia, equities were quite mixed on Monday as investors took profit on certain markets.

It said that locally the FBM KLCI was hit badly by news that Pertonas will cut its capex following the sharp decline in crude prices.

“This reverberated to an across the board selldown on equities as the benchmark index was down a massive 42.62 points at 1,778.27 breaking multiple support levels along the way.

“Though we expect the market to improve over time, we expect there to be further weakness in the immediate support level at 1,770.

“Yesterday, there was a net outflow of foreign funds amounting RM111.4 million clearly showing the absence of any buying support,” it said.