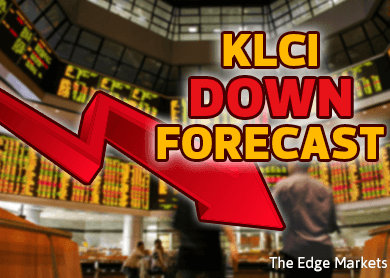 KUALA LUMPUR (Jan 28): The FBM KLCI struggled to stay above the 1,800-point level on Wednesday as the fall at global markets kept investor sentiment on tenterhooks.

The ringgit also continued its slide against the US dollar and was down 0.73% at 3.6235 versus the greenback.

Asian stock markets followed Wall Street into the red early on Wednesday, while the euro managed a rare rally on speculation the Federal Reserve could take a dovish turn in its post-meeting statement later in the session, according to Reuters.

Apple Inc provided some relief after the bell as record sales of its iPhone line helped it beat expectations, sending its stock up 5 percent, it said.

But earnings from other majors generally disappointed, with multinationals from DuPont to Microsoft Corp complaining that a strong U.S. dollar was hurting profits, said Reuters.

BIMB Securities Research said Asian markets were mostly firmer on Tuesday as foreign accumulation had been rather apparent.

“We noticed that net foreign inflows had been positive over the last 3 trading days amounting to a total RM405.9 million thus allaying fear of a mass exodus of foreign funds.

“Nonetheless, with yesterday’s weak performance from the US and Europe, market performance may be slightly affected today with 1,800 as the immediate support level,” it said.