KLCI stays in the red as sentiment remains weak 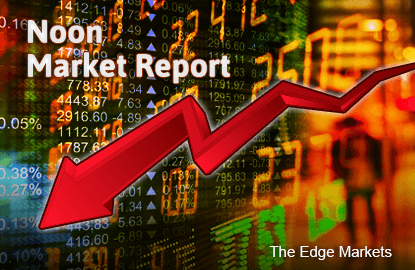 KUALA LUMPUR (Aug 3): The FBM KLCI pared down some of its losses at midday today but the local index remained in the red as sentiment stayed weak.

An index of Asian shares outside Japan fell close to this year's lows thanks to a deepening sell-off in commodities and concerns over slowing growth in China, while the dollar held its ground against a basket of currencies, according to Reuters.

China's factory activity shrank more than initially estimated in July, contracting the most in two years as new orders fell, according to a private survey that dashed hopes that the economy may be steadying, said Reuters.

BIMB Securities Research said European stock indexes notched gains last Friday after the release of inflation figures for the eurozone that may help the ECB chart its next move.

“We expect the local market to remain weak in the near future due to negative sentiment all over the world with immediate support at 1,715 followed by the critical 1,700,” it said.