KLCI sinks below 1,300 mark to its lowest in a decade 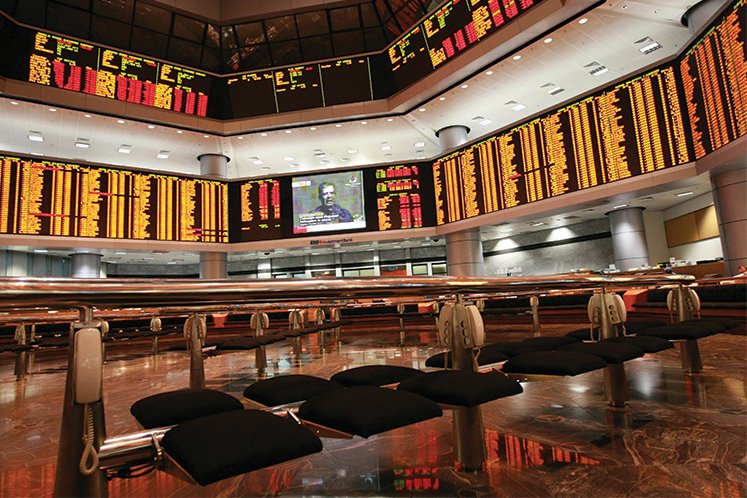 KUALA LUMPUR (March 16): The FBM KLCI dropped below the 1,300 mark after the noon market break, marking a decline to levels not seen in the past decade, as investor sentiment continues to worsen.

Press Metal Aluminium Holdings Bhd is the top loser among the 30 component stocks. The aluminium manufacturer’s share price tanked 10.5% to RM3.39 -- the lowest since August 2017, followed by RHB Bank Bhd down sharply by 10.4% to 14-month low of RM4.67.

Both Genting Bhd and its local casino operator Genting Malaysia Bhd were also bogged down to the multi-year low. Genting skidded 10.7% or 26 sen to 11-year low of RM3.61, while Genting Malaysia shed 10.7% to RM2.17 -- the lowest level in ten years.

At the time of writing, a total of 2.79 billion shares were traded, valued at RM2.08 billion.

The US Federal Reserve has announced a cut in interest rates to a target range of 0% to 0.25% to mitigate the economic impact of the Covid-19 pandemic, along with a US$700 billion quantitative-easing programme.

MIDF Research said today it expects the US to maintain rates at the current level and that a negative policy rate is not likely, as it may opt for further quantitative easing to inject liquidity.

“The current 0%-to-0.25% level on top of the US$700 billion asset purchase programme would be a big boost to domestic demand as the cost of credit for consumers and businesses are very low.

“Such policy support will be more effective when the economy begins to recover. As challenges remain, we foresee the Fed maintaining the current low levels for the remainder of the year,” MIDF added.