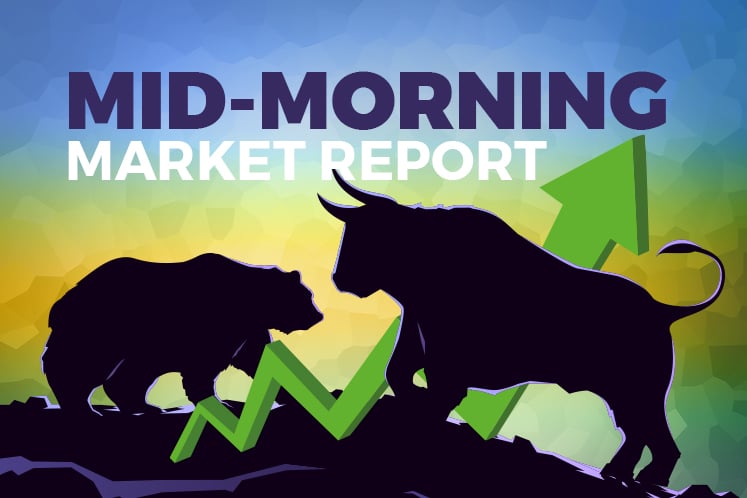 KUALA LUMPUR (May 5): The FBM KLCI rose 0.79% at mid-morning Tuesday, tracking regional markets and the overnight gains at Wall Street.

Bloomberg said US futures and stocks in Asia rose Tuesday, with a few markets closed for holidays, as a number of economies move towards easing lockdowns. Crude oil gained for the fifth consecutive day.

S&P 500 futures gained after the index staged a turnaround late Monday to end firmer as California sounded a note of optimism in its fight against the virus. Stocks rose in Australia and Singapore. Hong Kong also opened up, even after a record drop in GDP. Markets are closed in Japan, China and South Korea. West Texas oil extended gains. Treasuries won’t trade until London opens, it said.

Hong Leong IB Research said that in this holiday-shortened week (Wesak day, May 7), KLCI is likely to remain choppy ahead of the Monetary Policy Committee decision today, the start of the May reporting season and renewed US-China trade tensions coupled with the concern about a new wave of infections over the premature move to ease the movement control order.

“Nevertheless, the downside risk may be cushioned (with key support at 1,346-1,359) by rebound in oil prices and expectations of another 0.5% cut to revive a fast-weakening domestic economy.

“Technically, only a decisive breakout above 50D SMA will lift KLCI out of current consolidation mode to retest 1,400 and 1,429 (April 20 high) territory,” it said.