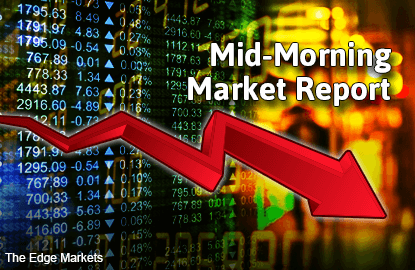 Asian shares looked set to hold on to this week's gains, while the dollar took a breather on Friday after stepping back from seven-month highs as investors grappled with the prospects of higher U.S. borrowing costs and slower global economic growth, according to Reuters.

Commodity prices were pressured, with copper near 6-1/2-year lows and a major sea freight index hitting its lowest level on record, underscoring worries over slackening world demand, it said.

Hong Leong IB Research said following robust volume of 3.42 billion shares (the highest since 3.44 billion sharers on Sept 1, 2014) with continuous local institutional and retail participation, the FBM KLCI’s near term technical outlook had turned slightly positive, boosted by expectations that Valuecap will start to invest into the equity market in late Nov or early Dec and favourable seasonal Dec performance due to window dressing activities.