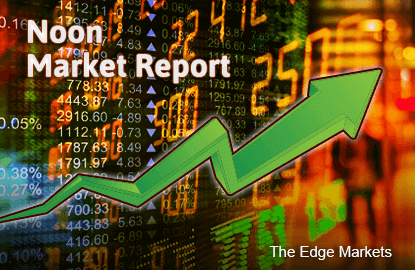 KUALA LUMPUR (Aug 21): The FBM KLCI rebounded at the midday break today on some mild bargain hunting on oversold local stocks despite the slip at most regional markets.

However, the broader market sentiment remained tepid with losers outpacing gainers by 445 to 247, while 289 counters trade unchanged. Volume was 1.01 billion shares valued at RM907.29 million.

Global stocks tumbled on Friday after a survey showed Chinese factories contracted at their fastest pace since the depth of the global financial crisis in 2009, sending investors scurrying to the safety of bonds and gold, according to Reuters.

Oil prices and emerging market assets also took a hammering, as fears of a China-led deceleration in global growth gripped markets, it said.

AffinHwang Capital Research said the downward trend was expected to continue, and that volatility in currency and commoidity markets remains.

“Technically, market breadth and volumes remain weak while the FBM KLCI continue to trade within the oversold level.