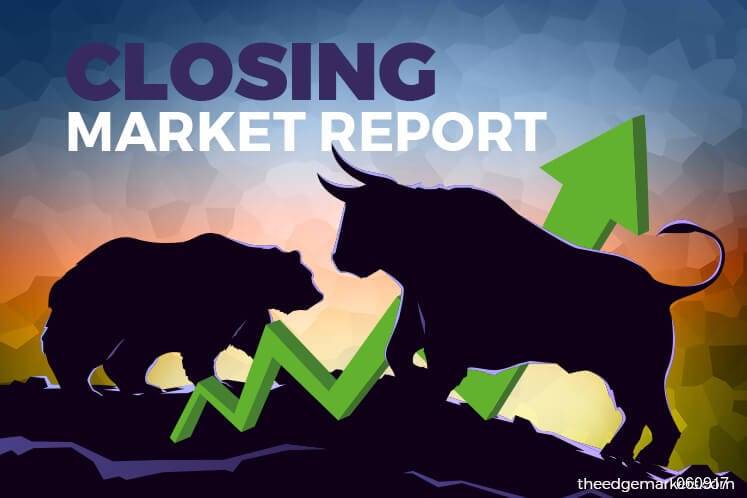 KUALA LUMPUR (Oct 13): The FBM KLCI, which slid into the red earlier today, saw a slight rebound and gained 1.32 points or 0.07% to settle at 1,755.32 by the end of trading hours, boosted by the performance of several heavy weight counters, most notably Hong Leong Bank Bhd.

Bloomberg data showed that shares in Hong Leong Bank, which was among the top 10 active FBM KLCI counters, traded 0.9% or 14 sen higher to settle at RM16.02 today, despite thin trading volume of 334,100.

"Further, we had tech counters like ViTrox Corp Bhd and Pentamaster Corp Bhd, which traded up nicely," Pong added.

About 3.22 billion shares worth about RM1.99 billion were traded today.

Gainers outperformed losers with 426 against 362, while 477 counters settled unchanged.

Reuters reported Asian stocks rose to a 10-year high on Friday, on expectations of brisk global growth. This was despite investors holding off chasing shares higher ahead of US economic data and next week's Chinese Communist Party congress.

"MSCI's broadest index of Asia-Pacific shares outside Japan was up 0.23%, having gained 3.7% so far this month. Japan's Nikkei edged up 1% to another 21-year high," the report said.