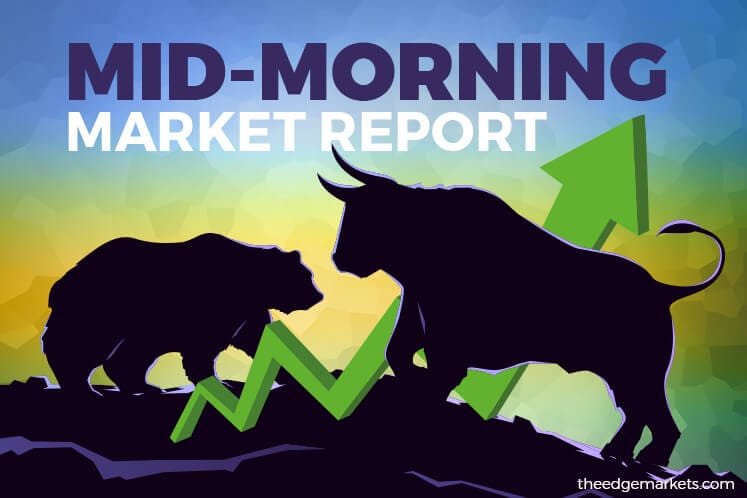 KUALA LUMPUR (April 12): The FBM KLCI rose 0.12%  at mid-morning today, as Tenaga Nasional Bhd led the rebound at the local market, against the backdrop of flat regional markets.

Asian shares were flat and U.S. Treasury yields pulled back on Friday as investor caution prevailed ahead of the release of first-quarter corporate earnings, although stronger U.S. economic data helped offset some concerns about global growth, according to Reuters.

Early in the trading day, MSCI's broadest index of Asia-Pacific shares outside Japan was barely higher, up 0.03 percent, it said.

Hong Leong IB Research said without any fresh impetus in the markets, especially on the trade developments between the US and China, the upward move is likely to be limited.

“Market participants will be focusing on the upcoming US corporate earnings in order to reassess the business performances and the outlook by the corporates. At this juncture, the Dow’s resistance will be located around 26,500-26,951.

“We believe the negative sentiment could be overdone at this juncture and may warrant a tehcnical rebound on the FBM KLCI.

“Meanwhile, with the green light given on ECRL, trading activities on the construction-related stocks are likely to increase over the near term. Besides, we see potential upside on building material (steel and cement related), at least for the near term on the back of this news flow,” it said.