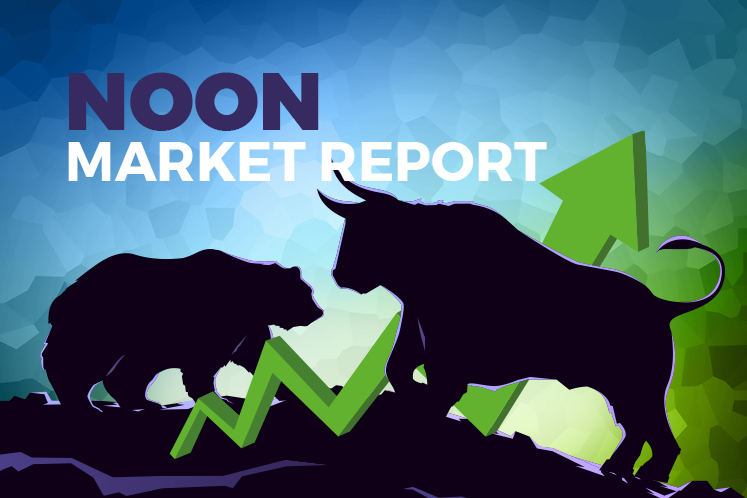 KUALA LUMPUR (May 27): The FBM KLCI pulled back at the midday break today, tracking regional markets as rising tensions between the US and China over Hong Kong security laws left investors on tenterhooks, while index-linked glove makers extended their gains.

Reuters said Asian shares slipped today as investor concerns about rising tensions between the US and China tempered optimism about a reopening of the world economy.

US President Donald Trump said last night he was preparing to take action against China this week over its effort to impose national security laws on Hong Kong, but gave no further details. Hong Kong shares led declines among major regional indices, with Hang Seng falling 0.46%, though it kept a bit of distance from a two-month low touched on Monday. MSCI's ex-Japan Asia-Pacific Index lost 0.12%, with mainland Chinese shares down a similar amount, it said.

“Following the formation of a 'Golden Cross', the index looks to be in an attempt to test its 100-day SMA (simple moving average).

“Coupled with a bullish MACD (moving average convergence divergence) signal and continuous upticks from its momentum indicators, the index may continue to trend higher.