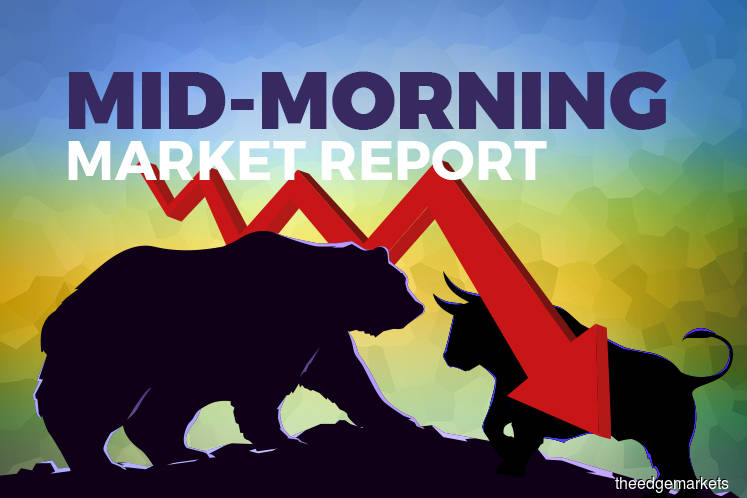 KUALA LUMPUR (Feb 3): The FBM KLCI pared some of its loss at mid-morning today, against the backdrop of the selloff at most regional markets.

Reuters said Asian markets are set for another bumpy ride on Monday on fears about the hit to world growth from the rapidly spreading coronavirus, with all eyes on China where trading resumes following the Lunar New Year break.

A total of 350 people have died in China from the new virus with the first death out of the mainland reported on Sunday in the Philippines, it said.

"Coupled with the bearish crossover signal from MACD (moving average convergence divergence), we expect the index to experience a near-term consolidation. A resumption of the uptrend could be underway only when the index breaks out from the existing consolidation pattern by breaching the 1,600-psychological mark convincingly.

"In addition, the index is still caught inside a medium-term downward sloping channel, which we see a possibility that the FBM KLCI could drift lower towards the psychological threshold of 1,500 (which was last tested in August 2015). Conversely, overhead resistance can be seen at 1,600 (R1) and 1,630 (R2)," it said.