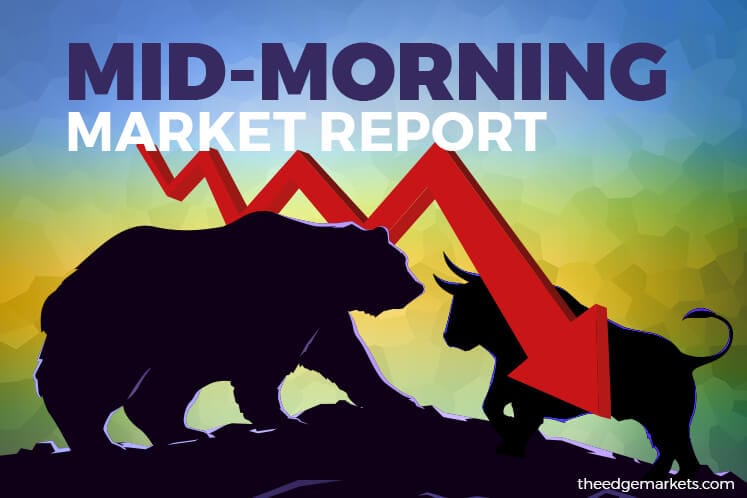 KUALA LUMPUR (Nov 7): The FBM KLCI pared some of its loss at mid-morning but remained lacklustre in line with its regional peers.

Reuters reported that Asian shares paused near multi-month peaks on Thursday while bonds eked out a bounce as reports of delays in sealing a preliminary Sino-U.S. trade deal left investors frustrated at the lack of concrete progress.

MSCI's broadest index of Asia-Pacific shares outside Japan was a shade lower, just off a six-month high hit earlier in the week, it said.

Hong Leong IB Research said despite the positive progress in the US and China trade front over the past few weeks, sentiment could be dampened by the Democratic-led impeachment proceedings on 13-15 Nov against Trump for pressuring Ukraine to investigate a political rival and overbought technicals, coupled with comments from China to request for a partial tariffs removal on selected Chinese goods prior to the mini deal signing.

“Nonetheless, news that the long-awaited interim US-China trade deal could be delayed until December and concerns of further potential disappointments in the on-going reporting season and overbought technicals could trigger profit taking activities,” it said.