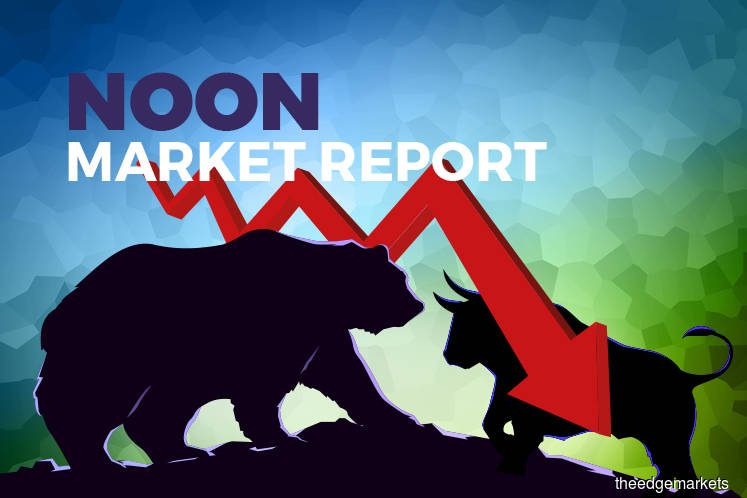 KUALA LUMPUR (Jan 16): The FBM KLCI pared some of its loss at the midday break Thursday, but the broader market sentiment stayed tepid with losers outpacing gainers.

Most Southeast Asian stock markets gained ground on Thursday after the United States and China signed an interim trade deal, while Philippine shares were under pressure due to the threat of a volcanic eruption near its capital city, according to Reuters.

Washington and Beijing inked the Phase 1 trade pact on Wednesday that will roll back some tariffs and see China boost purchases of US goods and services by US$200 billion over two years, the newswire said.

The research house said the index retested the 1,575 minor support once again and managed to rebound from that level. This shows potential buyers interest at current levels.

"Moving forward, if the 1,575 level holds strong, we may see the index rebound higher leading towards Chinese New Year.

"However, if the selling pressure remains and the index continues to push below the 1,575 minor support, the index may soften towards the key support around 1,550.

"Anticipate the index to trade with downward bias," it said.