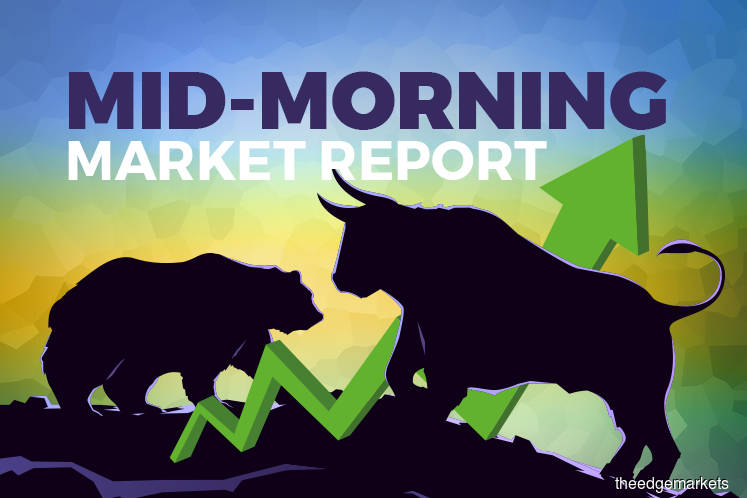 KUALA LUMPUR (May 18): The FBM KLCI pared some of its gains at mid-morning but managed to keep its position above the 1,400-point level as crude oil prices came into focus.

Oil rose above US$30 a barrel for the first time in two months as producers in the US and elsewhere continued to cut activity.

Reuters said Asian shares crept ahead on Monday and oil prices hit a five-week high as more countries re-opened their economies, stirring hopes the world was nearer to emerging from recession.

Summer weather is enticing much of the world to emerge from coronavirus lockdowns as centres of the outbreak from New York to Italy and Spain gradually lift restrictions that have kept millions cooped up for months, it said.

Hong Leong IB Research said the Parliament sitting today is likely to be a non-event as the agenda only entails a speech by the King.

It said as the daily and weekly technicals are on the mend, the KLCI could rise further but upside could be capped at 1,418-1,429 zones, as the market is digesting last week's historic trading volumes and ahead of the extended Hari Raya holidays (Bursa will be closed on May 25-26).

“Meanwhile, active trading interests could be seen on high speed rail-related counters amid news the HSR [will] be revived soon (source: The Edge Malaysia).

“Also, the bullish inverted Head & Shoulder pattern on Brent oil prices in anticipation of rising demand as the global economy emerges from lockdowns could ignite trading interests on oil and gas related stocks,” it said.