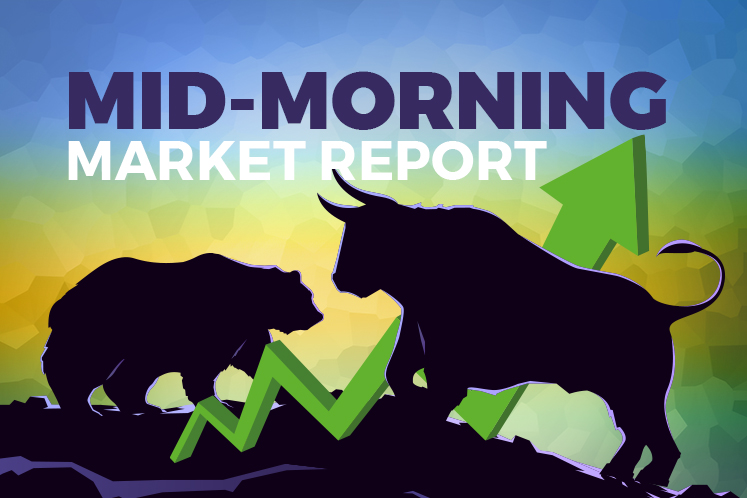 KUALA LUMPUR (May 8): The FBM KLCI pared some of its gains at mid-morning Friday on some mild profit taking ahead of the extended weekend with Nuzul Al-Quran holiday next Monday, against the backdrop of firmer regional markets.

Bloomberg said Asian equities opened higher on Friday and US futures climbed as investors continue to weigh moves to reopen economies against data illustrating the enormous damage wreaked by the coronavirus.

Japanese shares rose modestly at the open, along with those in Sydney and Seoul. S&P 500 contracts edged higher following gains in US stocks Thursday. Filings for unemployment continued at historically high levels, but fell from the prior week. The tech-heavy Nasdaq Composite turned positive for the year, wiping out losses that reached as much as 24% at the depths of the pandemic-fuelled sell-off. Two-year Treasury yields steadied after plunging to a record low, it said.

Hong Leong IB Research said that ahead of the Nuzul Al-Quran holiday on May 11 and following a 13.9% relief rally from its low of 1,208 on March 19, the KLCI could experience some degree of profit taking, as investors await the start of a tepid May reporting season and renewed US-China trade tensions (noting the less than cordial statements by US President Donald Trump on China lately).

“Nevertheless, the downside risk may be cushioned by a rebound in oil prices and a dovish Bank Negara Malaysia to revive an ailing domestic economy coupled with reopening of major economies as easing lockdowns will boost demand recovery,” it said.