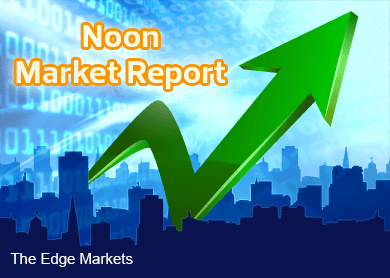 KUALA LUMPUR (July 15): The FBM KLCI pared some of its gains at the midday break today, in line with mosr regional markets.

Asian stocks erased most of their gains on Wednesday, as Chinese shares slumped despite upbeat economic data, while the yen was steady after the Bank of Japan mildly trimmed its economic growth projection.

Investors continued to await other key events, including a Greek parliamentary vote on austerity measures and congressional testimony by the U.S. Federal Reserve chief.

Hong Leong IB Research said ahead of the long weekend Hari Raya holidays and pending the outcome of Greece’s parliament approval on revised bailout plan today, the FBM KLCI is likely to trade sideways for the rest of the week, supported by the formation of shooting star candlestick yesterday, coupled with lingering domestic uncertainties.