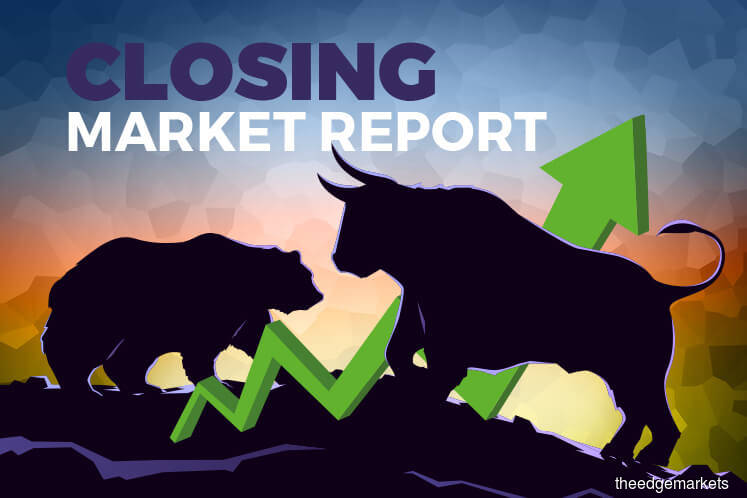 KUALA LUMPUR (June 20): The FBM KLCI closed at its intraday high of 1,675.43 points today as positive external factors continue to support market sentiment, but an analyst does not rule out profit taking activity tomorrow ahead of the weekend.

When contacted, Malacca Securities Sdn Bhd head of research Victor Wan told theedgemarkets.com that the increment in KLCI this week was largely sentiment-driven, and investors seem to have overbought amidst optimism over US-China trade talks.

"With the recent uptrend, Malaysian market is very much fairly valued now, maybe there will be some profit taking tomorrow before the weekend," he said.

Reuters reported that Asian stock markets rallied on Thursday while the US dollar dropped and global bond yields plunged, with the 10-year US yield falling below 2%, after the Federal Reserve signalled possible interest rate cuts later this year.

In Malaysia, total market trading volume was 2.27 billion, worth some RM2.28 billion.

Market breadth was positive, with 468 gainers versus 353 losers, while 380 counters remained unchanged.

Greatech Technology Bhd was the most actively traded counter with 104.34 million shares done.