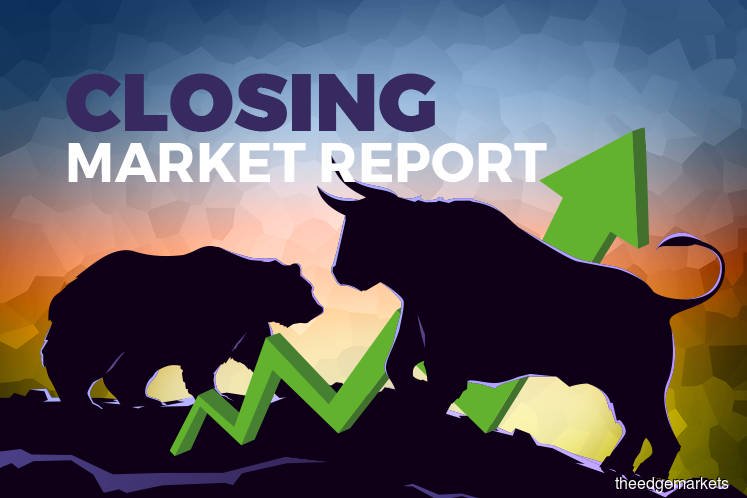 At Bursa, broad-based buying on apparent bargain hunting helped the index for small market capitalisation stocks close up 720.52 points or 9.37% at 8,409.79. Global shares were beaten down in recent days as the Covid-19 pandemic raised the spectre of slower world economic growth as the outbreak disrupts businesses.

"Despite liquidity in the (Malaysian) financial system still appearing stable — based on BNM’s January 2020 data, we believe the recent steep volatilities in the financial markets and outflow of funds in the market have likely sapped a large chunk of liquidity in the system. In addition to providing banks with liquidity to help spur lending, we believe the reduction in SRR could also be a pre-emptive measure to cushion the impact from a potential liquidity tightening scenario due to rising asset quality risks, TA Securities Holdings Bhd analyst Wong Li Hsia wrote in a note today.

"We foresee downside risks in terms of higher consumer and business delinquencies, as prolonged uncertainty fuelled by Covid-19 weighs on the economy. This would result in the risk of defaults on debt payments as well as the banks loaning operations, thus affecting overall liquidity in the system. Furthermore, we believe this 100bps reduction in SRR is also in part an effort to ensure that Malaysia would remain on FTSE Russell’s watch list pending the next interim review in March 2020,” Wong said.

AirAsia Group closed up 16 sen or 30.77% at 68 sen. It was reported today that BDO Governance Advisory Sdn Bhd, appointed by the board committee of AirAsia Group Bhd and AirAsia X Bhd to assist in undertaking an independent review on corruption allegations related to the Airbus scandal against their co-founders Tan Sri Tony Fernandes and Datuk Kamarudin Meranun, has given the duo the all clear.

Globally, it was reported that Asian shares made a partial comeback from a global rout on Friday but still nursed massive losses for the week, while bonds rallied and oil extended its gains.

"US S&P 500 e-mini stock futures also pointed to a brighter end to the week, adding 1.7%. In afternoon trade in Asia, MSCI's broadest index of Asia-Pacific shares outside Japan was 4.41% higher, ending a seven-session streak of losses,” Reuters reported.