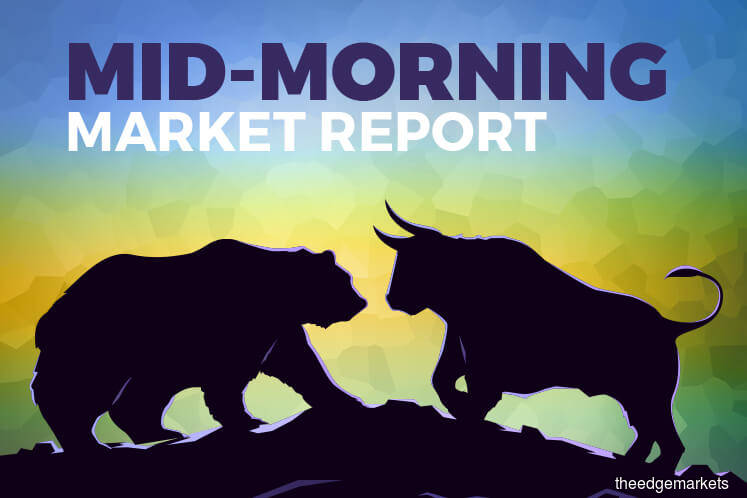 Asian shares ticked lower on Wednesday and the euro held at six-week lows as Italy's mounting debt and Rome's budget plan set it on a collision course with the European Union, according to Reuters.

Hong Leong IB Research in a traders' brief said in the US, despite the positive development on the United States-Mexico-Canada Agreement over the weekend, sentiments were affected by the growing fears over political instability in Italy (third largest EU member) as well as the uncertain outlook on US-China deal; traders may look for stability in stock markets such as blue chips and high dividend yield stocks within the utility sector.

"On the back of the escalating worries over the trade developments between US and China, coupled with the sideways move on Wall Street, it is likely for traders to lock in profits at least for the near term.

"Nevertheless, we expect trading interest to sustain within oil and gas stocks as Brent crude oil is hovering near the US$85 level," it said.