KLCI headed for short term correction, resistance at 1650 and 1660 levels 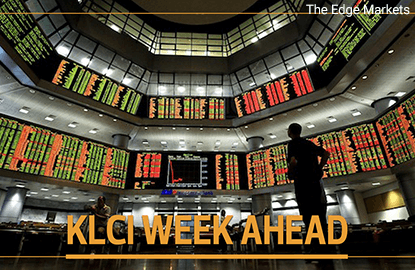 KUALA LUMPUR (May 21): The FBM KLCI is expected to be headed for a short term correction next week with resistance at the 1,650 and 1,660 point levels.

Global equity markets rose on Friday as investors took in stride the possibility the Federal Reserve may hike interest rates in June, a view that helped U.S. bond yields to rise and lifted the dollar to a third straight week of gains, according to Reuters.

U.S. home resales rose more than expected in April, suggesting the American economy has continued to gather pace during the second quarter. The data added to a growing perception that a rate hike next month or in July would not derail U.S. growth, it said.

He noted that the big focus in the markets was the shift in expectations that US interest rates could rise earlier than had been previously expected.

Nazri, who is also president of the Malaysian Association of Technical Analaysts, said that on the technical front, the FBM KLCI underwent a choppy trading session within a tight 1620 - 1640 sideways range as the local benchmarks made an attempt to stabilize following a 6.8% correction over the last five weeks since April 2016.

He said it was good to see that the FBM KLCI still managed to garner some buying support near 1,620 support level as investors accumulate battered quality stocks.

However, he said he sees rising selling volume with market breadth remains negative with 490 weekly decliners against 310 weekly advancers.

“Hence, from here, we continue to expect the key index to consolidate lower possibly to the next psychological support of 1600, whereby buying support is largely expected to emerge. From a chart pattern perspective, the FBM KLCI has formed a bearish descending triangle pattern on the daily chart to signify investors more downside on market direction.

“Given the weak technicals, we continue to believe the index is yet to bottom-basing and could stage further weakness if ringgit and commodities continue to fall,” he said.