KLCI gets 11th hour boost from CIMB, MISC, ahead of long holiday weekend 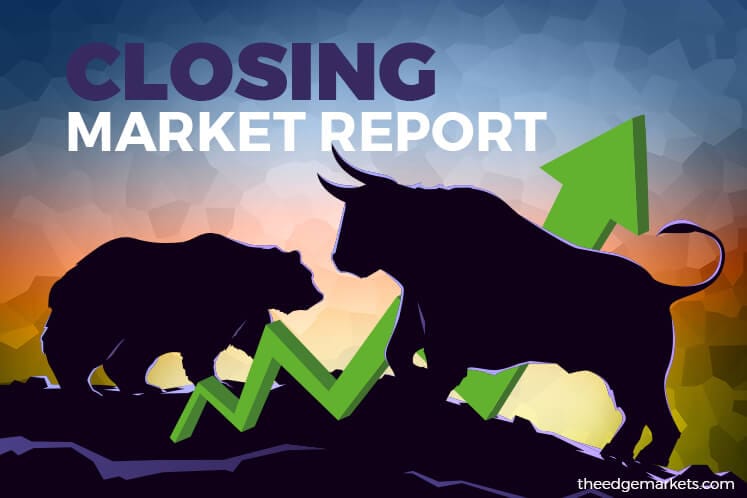 The last minute push from CIMB and MISC was due to investors who were on the hunt for good stocks, according to Hong Leong Investment Bank Bhd's retail research analyst Loui Low Ley Yee.

"In a way, the last minute boost was also part of the bourse's 'window-dressing' activity, marking a nice end to August's subdued and sideways trade as investors digest the corporate earnings announcement, which are either in-line or disappoints," Low told theedgemarkets.com in a brief telephone conversation.

Some 1.83 billion shares, worth RM2.21 billion, were traded at the local bourse today, with gainers outpacing decliners at 449 counters versus 346 counters, while 411 stocks closed unchanged.

Gainers were led by Time dotCom Bhd, UMW Holdings Bhd and CIMB, while Ajinomoto (Malaysia) Bhd was the top decliner.

Sino Hua-An International Bhd was the most active stock, with 217.34 million shares — equivalent to 19.37% of its outstanding shares — traded today.

Japanese shares, on average, recovered all of the previous day's loss, helped by Wall Street's rise and a weaker yen, as worries sparked by North Korea firing a missile over Japan receded, according to Reuters.

The Nikkei, which hit a four-month low on Tuesday and settled 0.5% lower, climbed 0.7% to 19,506.54. Similarly, South Korea's Kospi erased all its 0.2% retreat from Tuesday and closed 0.3% higher as domestic institutions' buying offset foreign selling.

Meanwhile, Hong Kong's Hang Seng index rose 1.2% to 28,094.61 — passing the 28,000 mark for the first time since May 2015 — helped by easing geopolitical tensions and signs that mainland money has continued to flow steadily into the city's bourse, the news agency wrote.