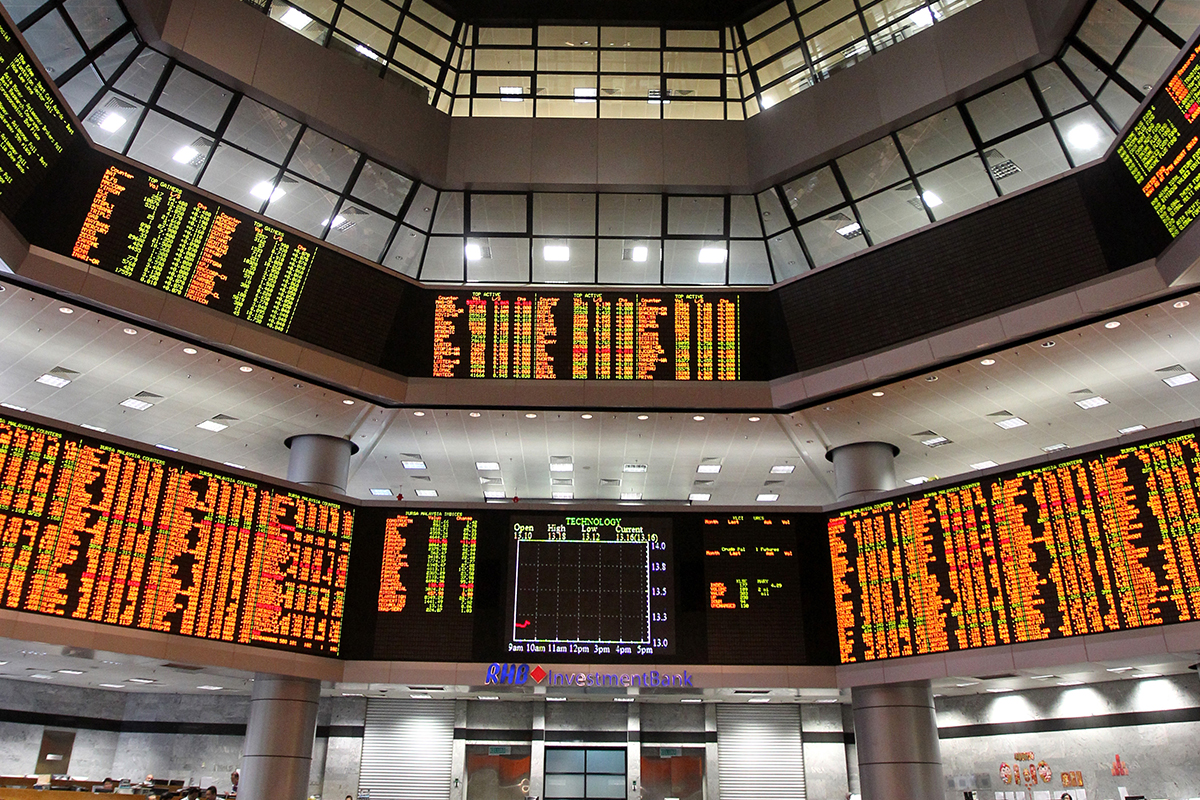 KUALA LUMPUR (Nov 1): The FBM KLCI slumped as much as 28.31 points or 1.81% on Monday morning, as investors reacted negatively to the announcement of a one-off special windfall tax.

All sectors were in the red on Monday morning, with financial services, construction and property indices registering the biggest losses.

The Financial Services index slipped 2.6% to 15,183.13, as most banks are subjected to the special windfall tax.

“There will be a reset in valuation (for the big caps at least) in the short term, following the announcement of ‘Cukai Makmur’,” a fund manager who declined to be named told theedgemarkets.com.

“I think the government has a limit in terms of what it can do. Market will take any new tax negatively in the short term,” he added.

The "Cukai Makmur" is a one-off tax measure introduced by the federal government in Budget 2022, whereby earnings above the RM100 million mark will be taxed at a rate of 33%, instead of the blanket 24% rate previously.

“But many of the top 100 stocks based on market capital and net profit have low valuation, so any steep decline will trigger bargain hunting,” he told theedgemarkets.com.

Analysts also see “Cukai Makmur” as a major negative surprise and expect it to cause short-term volatility in the market.

“Out of the 96 stocks that we cover, 62 (or 65% of them) have profit before tax at above RM100 million. The impact to the bottom lines for these companies ranges from 1.2% to 11.8%,” AmInvestment Bank analyst Lim Seong Chun said in a Monday note.

Maybank Investment Bank Research also reckoned the broad-based “windfall” tax to be a significant drag on the KLCI’s 2022 earnings projection.

Reflecting windfall tax earnings growth overhang, and caution regarding potential for further levies given the tenuous fiscal position, the research house on Monday cut the end-2021 KLCI target to 1,530 from 1,720 previously.

“From a market perspective, we reckon there will be more cry than cheer in the short term given tax woes,” it said in a Monday report.

Concurring with the rest, it said the most obvious hit from Budget 2022 is the “Makmur Tax”, which dents the upper tier of corporate Malaysia.

“Using our 2022 forecasted group earnings for the KLCI constituents, we estimate the Makmur Tax would reduce our baseline projection by 11.4%,” it noted.

According to the research house, other tax measures that are dampening the market sentiment include the increase of stamp duty and brokerage sales and services tax as well as windfall profit levy on palm oil.

“We reckon that market downside is inevitable in the near term as it is hard to ignore the ‘tax elephant’ in the room,” it added.

Pending more clarity from the corporates under its coverage on their respective tax impact, it kept its end-2021 KLCI target unchanged at 1,640 but flagged downside bias.