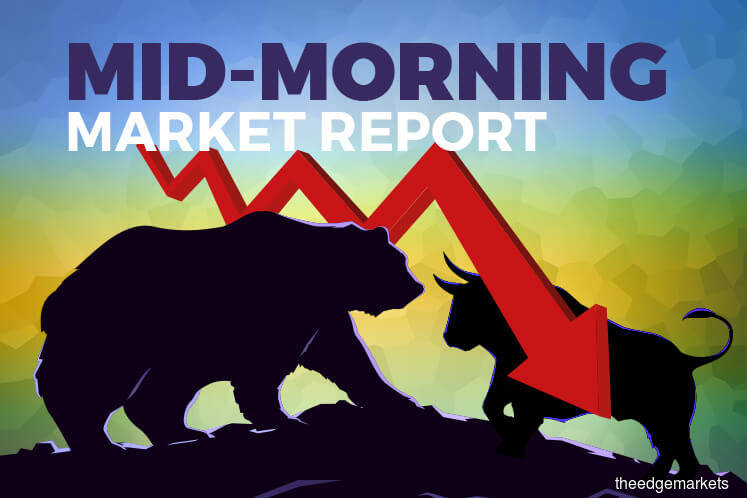 KUALA LUMPUR (Nov 6): The FBM KLCI fell 0.55% at mid-morning today as index-linked glovemakers led the retreat at the local bourse.

Asian shares were little changed on Wednesday as investors awaited new developments towards scaling back a bruising trade war between the United States and China, according to Reuters.

MSCI's broadest index of Asia-Pacific shares outside Japan was unchanged. Australian shares were up 0.14%, while Japan's Nikkei stock index rose 0.35%, it said.

Hong Leong IB Research said despite the positive progress in the US and China trade front over the past few weeks, the comments from China requesting for a partial tariff removal on selected Chinese goods could be another resistance towards a potential mini deal to be signed over the near term.

Hence, it said market participants could be slightly cautious over the near term, capping the upside potential on Wall Street. The Dow's support is at 27,000.

On the KLCI outlook, it said the bullish tone in the regional stock markets may sustain over the near term given the positive progress in the US-China trade talks, though market participants are still waiting for the signing of the "Phase-One" deal following the push factor from China.

"Although general market trend is supported by the lift in banking shares, should there be any disappointments in the upcoming reporting season, profit-taking activities could emerge.