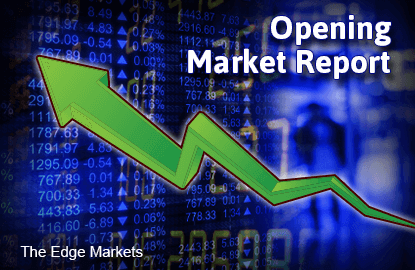 Asian shares and the dollar slipped in early trading on Friday, after mixed US data provided little clarity on the timing of the Federal Reserve's expected interest rate hike ahead of a key US jobs report later in the session, according to Reuters.

China's markets will be closed until Oct 8 for the National Golden Week holidays. On Thursday, a pair of manufacturing surveys showed persistent weakness in China's factory sector, although they weren't as bad as some had feared, it said.

JF Apex Securities Research in a market preview today said US markets ended mixed following a lower manufacturing data in Spain and China as well as declines in Apple and biotech stocks.

Similarly, it said European stocks were also mixed after being weighed down by telecom stocks.

“Following the mixed performance in the US, we expect the FBM KLCI to hover below the resistance of 1,640 points,” it said.