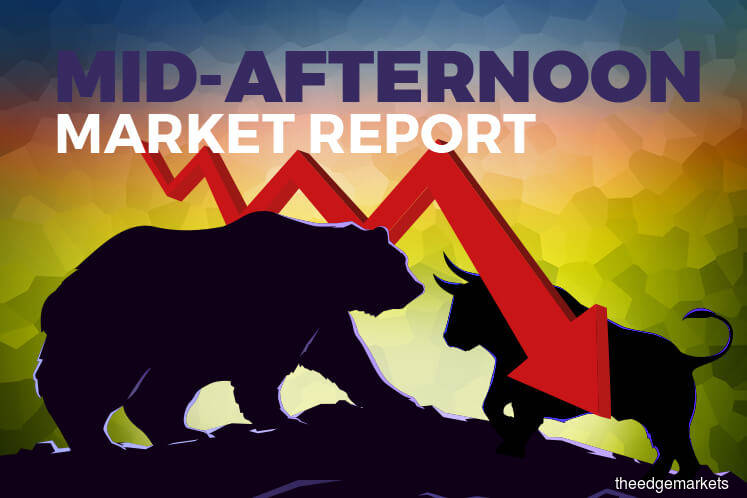 KUALA LUMPUR (Jan 8): The FBM KLCI fell in afternoon trades today with global shares after Iran fired rockets at US-led forces in Iraq in retaliation to the US air strike which killed top Iranian commander Qassem Soleimani on Friday.

"Risk aversion had the upper hand this morning. Iran fired missiles into an Iraqi airbase housing US troops, five days after the US drone attack that killed Iranian General Qassem Soleimani.

"A flight to safety led USDJPY below 108 again and gold prices to US$1600/oz. Interestingly, Brent crude oil prices did not spike above US$70/barrel. For now, the US-Iran conflict is seen hurting demand with no imminent threat of oil supply disruptions," DBS said.

"Iran's missile attacks on the Ain Al-Asad air base and another in Erbil, Iraq, early in the day came hours after the funeral of an Iranian commander whose killing in a US drone strike has intensified tensions in the region," Reuters reported.