KLCI down on China, US data; RM weakens vs US$ 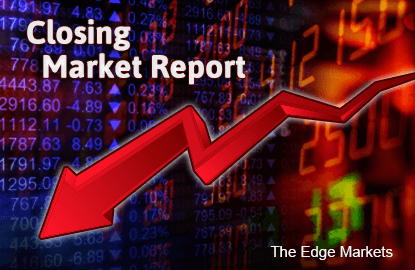 Reuters reported US stocks fell for the third straight day on Thursday, after disappointing corporate results and forecasts added to concerns about the U.S. profit outlook.

In Malaysia, a remisier with a local investment bank said negative investor sentiment was most likely related to Wall Street’s decline.

“These factors could have led to the sombre mood among investors, evidenced by the drop in the KLCI today,” he told theedgemarkets.com.

The most actively-traded counter was 1Utopia Bhd.

In currency markets, the ringgit weakened to 3.8120 against the US dollar, and compared to the Singapore dollar, the ringgit strenghened to 2.78.

Reuters reported most emerging Asian currencies fell on Friday, extending their declines for the week, as a disappointing survey on China's manufacturing activity added to worries about a slowdown in the world's second largest economy.