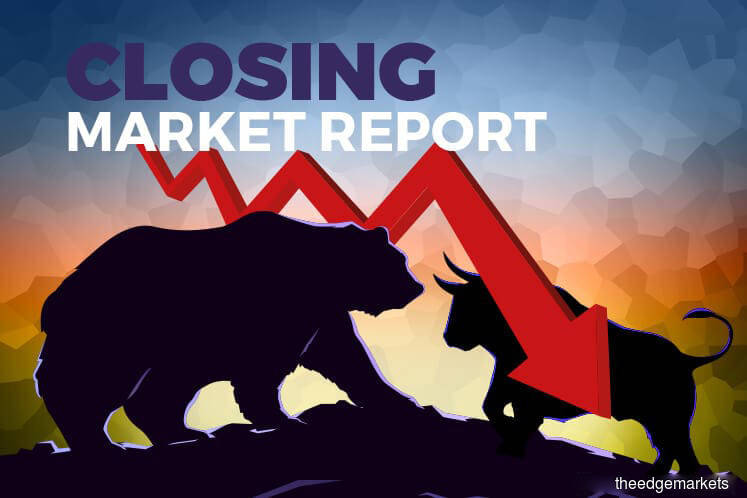 In Malaysia, the current corporate financial reporting season for the July-to-September quarter is also seen dictating share-trade sentiment. At 5pm, the KLCI finished lower at 1,591.35.

"Given the weaker momentum and trend indications on KLCI's technical indicators following last week's choppy trading sessions, the local market is likely to be encumbered with external uncertainties this week, as doubts linger over the likelihood for an initial US-China trade deal, due to mutual disagreements between the two parties on certain key issues. The lack of any possibility for early resolution in Hong Kong's civil unrest, with the US deemed to be interfering with Hong Kong's domestic politics, should also see market uncertainty remaining elevated," TA Securities Holdings Bhd wrote in a note today.

"Moving forward, the KLCI might remain under pressure, in view of mixed earnings report with key support at the 1,577 level," Leong said.

Across Bursa today, there were more decliners than gainers at 549 versus 337 respectively. Total turnover stood at 2.52 billion shares, worth RM1.54 billion.

It was reported that investors welcomed signs that talks to resolve the trade row were moving to the next level, after the U.S. national security adviser Robert O'Brien said there was still a possibility of an initial "phase one" deal with China by the end of this year.

"However, he warned that events in Hong Kong, driven by months of anti-government unrest, could overshadow trade talk progress," Reuters reported.