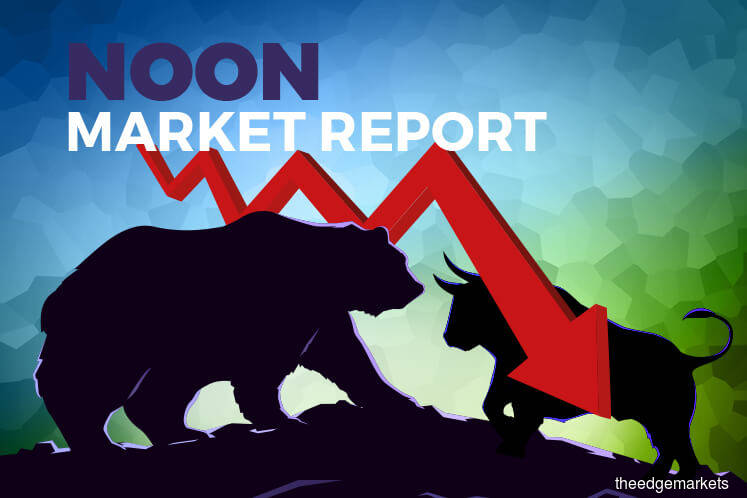 KUALA LUMPUR (April 1): The FBM KLCI reversed its earlier gains and fell 0.47% at the midday break today, despite the rally at regional markets, after Malaysia's Nikkei Manufacturing Purchasing Managers' Index (PMI) deteriorated to a three-month low of 47.2 in March 2019, signalling a worsening of business conditions in contrast with its Asean neighbours.

This marked a rapid decline of the country's index figure from 49.6 in February this year. It is also the lowest PMI to be recorded for Malaysia since it fell to 46.8 in December last year.

Affin Hwang Capital Research said the FBM KLCI Index rose as much as 8 points on Friday before paring gains towards the end of the trading session.

"To recap last week, the index gapped lower at the beginning of the week, setting a bearish tone from the start. Prices moved lower as anticipated after as sellers dominated market sentiments.

"The shorter-period daily EMAs (exponential moving average) are below the longer-period EMAs while prices are trading well below all of the key EMAs as well — this is a sell signal, pointing towards a heavy bias to the downside.