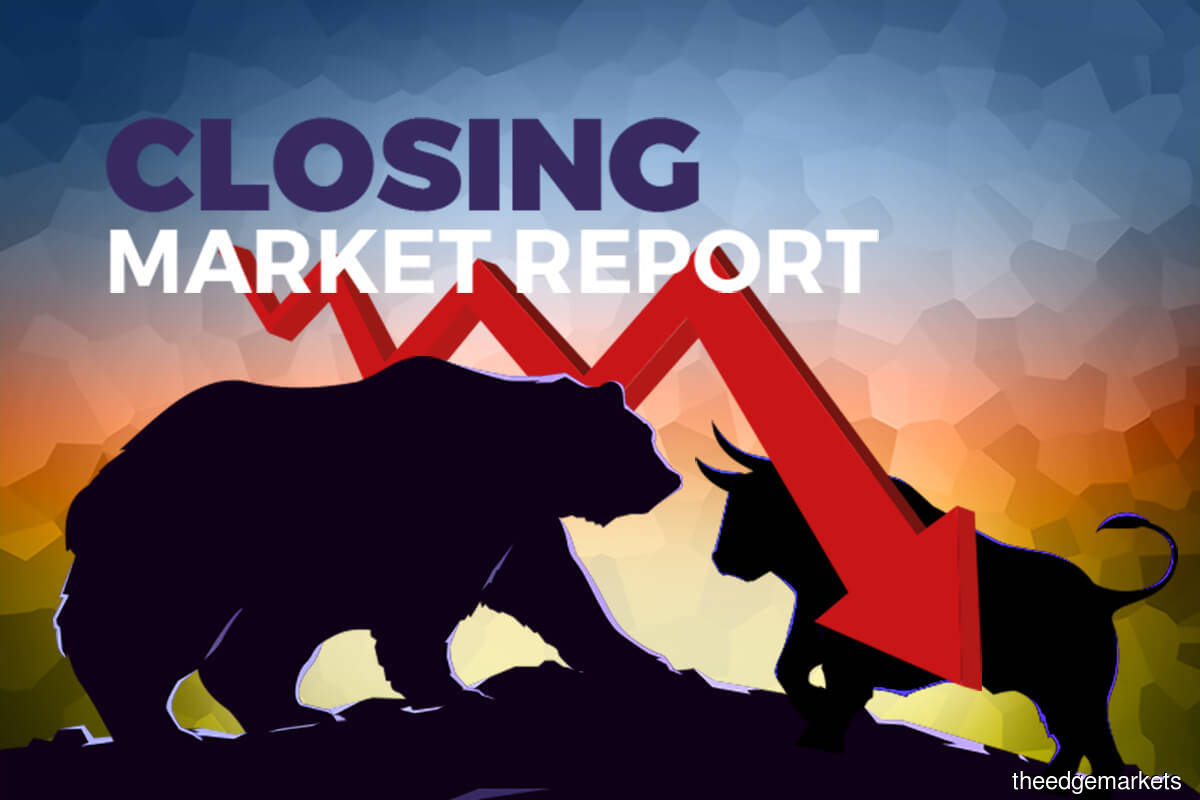 Bank Islam Malaysia Bhd economist Adam Mohamed Rahim said investors in general were at ease as the US inflation rate in July remained unchanged at 5.4%, which calmed jitters on the Federal Reserve's path towards monetary policy normalisation.

“However, on the domestic front, the number of daily Covid-19 cases saw another record high of 21,668 today, and this dampened investor sentiment,” he told The Edge.

Among the FBM KLCI members, Kuala Lumpur Kepong Bhd (KLK) led laggards with a 2.35% decline while the Bursa Malaysia Technology Index was the biggest loser among sectors after declining 1.1% during the day.

Market breadth was negative, with 576 counters closing lower versus 384 that settled higher, while 449 ended unchanged.