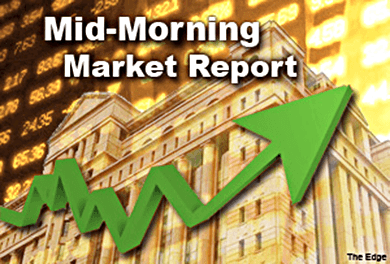 Japanese stocks led Asian markets higher on Friday, after Wall Street boasted its biggest two-day advance since late 2011 amid relief the Federal Reserve was in no rush to start hiking interest rates, according to Reuters.

The gains came even as oil stayed under pressure, suggesting equity investors were beginning to see the positives in lower fuel costs and increased consumer spending power, it said.

JF Apex Securities Research said U.S. stocks rallied overnight with the Dow industrials climbing more than 400 points for the first time in three years, as investors applauded the Federal Reserve's pledge that it would be patient in increasing interest rates.

Similarly, it said European shares closed sharply higher with global sentiment boosted after the U.S. Federal Reserve said it had confidence in the economy.

“Asian equities are called higher on the final trading day of the week following an inspiring U.S. lead overnight.

“Following the bullish performance in global markets, we expect the KLCI to extend its gains today but any upside might be capped by worries on the resumption of decline of crude oil price,” it said.