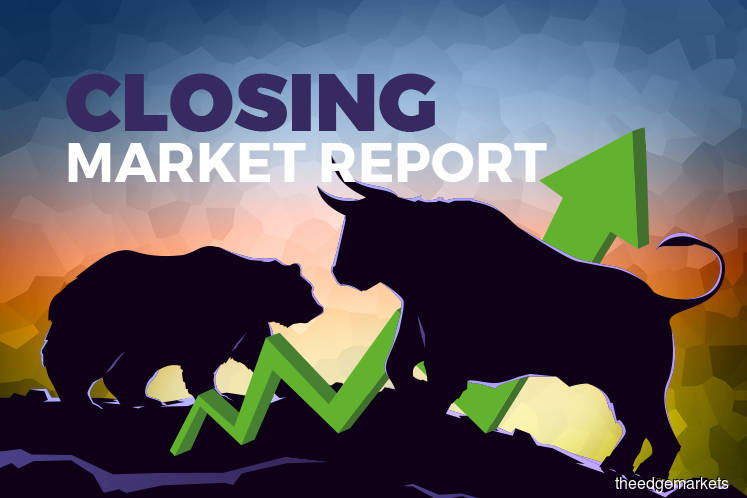 KUALA LUMPUR (March 24): Malaysian stocks closed higher today in line with regional markets, as participants gauged the US Federal Reserve's (Fed) assurance to support the economy and the fight against the Covid-19 momentum gain around the world.

At the close of trade, the FBM KLCI was up 31.26 points or 2.48% to 1,291.14, led by gains in banking stocks such as Hong Leong Bank Bhd, Public Bank Bhd and Hong Leong Financial Group Bhd. The benchmark index earlier breached the 1,300-mark in afternoon trade.

The small- and mid-cap stocks, which were worse hit during the massive sell-off earlier this month, also eked out gains, with the FBM ACE Index up 5.97% and the FBM Small Cap rose 5.51%.

Investors turned back to the stock market after the Fed’s Monday announcement that it will buy unlimited amounts of Treasury bonds and mortgage-backed securities to keep borrowing costs at rock-bottom levels — and to help ensure chaotic markets function properly.

Bloomberg reported that the US dollar retreated against developed and emerging currencies alike, in a tentative sign of reduced stress after the greenback’s steepest appreciation since the global financial crisis.

This includes the ringgit, which traded up 0.3% against the greenback at 4.4335, after trading at 4.4225/4.4480 earlier. However, the Malaysian currency traded weaker against a slew of other currencies including the Singapore dollar, the British pound and the Australian dollar.

When contacted, Philip Capital Sdn Bhd chief investment officer Ang Kok Heng expects the market to remain volatile in the near term and advised investors against getting caught up in the noise.

“Investors could look for the peaking of the Covid-19 outbreak; in China, the cases appear to have peaked in February but there is still some length to go,” Ang told theedgemarkets.com.

Across Bursa Malaysia, the gainers were led by consumer stocks including Fraser & Neave Bhd, Dutch Lady Milk Industries Bhd and Carlsberg Brewery (M) Bhd, while put warrants for the Hang Seng Index and the S&P 500 led the top losers of the day.

Malaysia, which is undergoing a partial lockdown until March 31, recorded 106 new cases today, bringing the total confirmed cases to 1,624 with 15 deaths. A total of 183 patients have been cured.