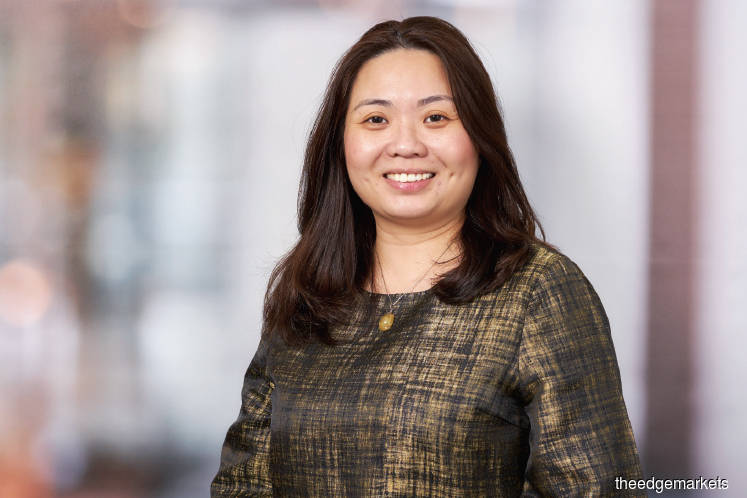 Wong: We expect the recently announced measures to help spur the property market (Photo by Savills )

“While a more immediate impact is felt by the hospitality and commercial sectors, the residential sector may see a more delayed material impact,” she says.

Bank Negara Malaysia has revised its gross domestic product growth projection for the year from 4.8%, to between -2% and 0.5%. “Among the effects of the gloomy economy is the weakening of market sentiment, whereby homebuyers and investors would pull back on spending and not be as active in the market as before,” Wong says.

“Besides, pay cuts and layoffs are also imminent should companies have to exercise such measures to keep their businesses afloat. Affected employees who struggle with servicing their housing loans would want to put up their properties for sale or risk foreclosure,” she adds.

To provide relief to individuals and businesses that are facing temporary financial constraints as a result of the Covid-19 pandemic, Bank Negara has announced a much-needed six-month loan repayment moratorium. In addition, the government recently announced the National Economic Revival Plan (Penjana). Among the property-related incentives introduced were the resumption of the Home Ownership Campaign (HOC) from June 1 this year until May 31 next year; the exemption of real property gains tax from June 1, 2020 until Dec 31, 2021; and the removal of the loan-to-value ratio cap of 70% for the third housing loan onwards for properties valued at RM600,000 and above. “Moving forward, we expect the recently announced measures to help spur the property market. For instance, property investors as well as opportunistic buyers would be motivated to get back into the property market. Aside from the measures announced, the interest rate is at one of its lowest levels at the moment, which is meant to encourage the flow of money into the economy, and property investment could become one of the preferred choices of investment,” Wong says.

During the Movement Control Order (MCO), which was implemented on March 18, property developers were focused on branding strategy to maintain exposure. “Foreseeing that property sales would come close to a standstill due to the restricted movement order, property developers started enhancing their virtual channels experience to reach out to potential customers,” she notes. Wong expects developers to continue utilising the virtual platforms as another sales channel in their omnichannel sales strategy.

Post-MCO, she foresees a recovery phase for all sectors but says there could be several outcomes as a result of the outbreak. “The overhang issue will be prolonged, and in the upcoming quarters, cautious spending among homebuyers may also affect project take-ups. On the other hand, pay cuts and layoffs might affect the rental market and, eventually, the overall rental yield of properties.”

In the Kuala Lumpur market, sluggish activity was observed during the quarter. The primary market was similarly affected.

“We [see possible] downward price adjustments in the next two to three quarters, as there will be more motivated sellers in view of the slowing economic outlook.

“Besides, lower average asking prices were observed in these prime areas of KL, particularly for the 2-bedroom high-rise units sampled,” she adds.

Meanwhile, the Draft KL Structure Plan 2040 will see the expansion of the city centre area to include key areas such as KL Sentral, Tun Razak Exchange (TRX) and Bandar Malaysia. The plan also reaffirms the continuation plan for mega infrastructure projects such as MRT3 (Circle Line) and the Kuala Lumpur-Singapore High Speed Rail. “All these point towards long-term value for the property market in KL,” Wong says.

In Selangor, the secondary markets saw little activity, mainly because of competition from the primary market, which offered buyers more incentives and a lower entry cost to property ownership.

Wong says the Covid-19 outbreak and MCO have negatively impacted both the primary and secondary markets, and anticipates slower sales in Selangor even though several launched projects had been recording steady take-ups before the MCO. She also foresees delays in vacant possession and project completions as all physical construction work was halted during the MCO.

During the quarter, market activity slowed further for both the primary and secondary markets in KLCC. While the former recorded an increase in take-up of over 10% in 4Q2019, it came to a halt in the first quarter owing to the global economic slowdown following the virus outbreak.

“The property market in KLCC relies considerably on foreign purchasers, which make up 65% to 75% of the total purchasers of projects launched in recent years. Many of the foreign investors are from East Asian countries,” notes Wong.

According to the monitor, no transaction data was recorded for the sampled 2-bedroom units in KLCC in 1Q and property prices are expected to remain at levels similar to that in 4Q2019.

Wong says, however, that prices could see a slight drop in the coming few quarters as lower average asking prices were observed more clearly after the MCO. Asking prices for the sampled units dropped by an average of 1.6% quarter on quarter (q-o-q) to RM1,260 psf in 1Q2020, compared with RM1,280 psf in 4Q2019.

In Bangsar, the property market saw little activity during the quarter, with no secondary market transactions recorded for the sampled 2-bedroom units. Last year, the secondary market transaction volume fell by half compared with 2018. As for the primary market, Wong notes that ongoing developments comprise a few small-scale high-rises in addition to the redevelopment of the TNB quarters.

Similarly at Mont’Kiara, both the primary and secondary markets were inactive during the quarter. “While recently launched high-rise residential properties in the primary market recorded a 30% increase in average take-ups in 2019 with the HOC 2019 in place, the primary market in 1Q [did not hold similar appeal] for homebuyers and investors. The MCO also forced sales to a halt,” Wong says.

Due to the lack of transactions recorded, prices for high-rise residential properties in Mont’Kiara are expected to remain largely the same as in 4Q2019. However, average asking prices for the sampled 2-bedroom units have declined marginally between the two quarters. The average asking price was RM705 psf in 1Q2020, down 0.7% from RM710 psf in 4Q2019.

Meanwhile, the anticipated MRT3 (Circle Line) rail connection will link Mont’Kiara to other parts of Greater KL as well as provide a direct link to the upcoming Bandar Malaysia. Wong says this will help raise property values in the area over the coming years. In Subang Jaya, no secondary market transactions were recorded in 1Q, and average capital values for the sampled 3-bedroom units stood at RM541 psf during the quarter.

It is also noted that asking prices of the sampled 3-bedroom units during the quarter under review was higher than the capital value by 9.4%, at RM592 psf. However, the asking price had decreased by 2.5% from RM607 psf in the preceding quarter.

A trend observed in Subang Jaya is the marginal year-on-year (y-o-y) increase in capital value for larger units. For example, units at Olives Residence with built-ups of 1,900 sq ft saw a 1.6% increase in value while units at Subang Parkhomes with a built-up of 1,400 sq ft recorded a 3.7% increase from 1Q2019.

At Bandar Sunway, capital values of properties stood at RM599 psf for the sampled 3-bedroom units.

Prices were static on a y-o-y basis, with only LaCosta and Palmville Resort showing capital value fluctuations of -0.8% and -3.1% respectively, during the quarter.

Property owners in Bandar Sunway were also observed to have marked down asking prices to an average of RM627 psf, a marginal decrease of 0.6% compared with the previous quarter.

Similarly in Petaling Jaya, no secondary market transactions were recorded and capital values remained stagnant at an average of RM654 psf. Compared with Subang Jaya and Bandar Sunway, Petaling Jaya was relatively more competitive with about 10 developments soon to be completed.

The Petaling Jaya market continued to show steady improvement in new take-ups, which stood at 69% in overall sales compared with 66% in the preceding quarter. “Although the HOC recessed last year, similar promotions are still being offered by developers to secure their sales target,” notes Wong. Notably, Sunway Serene showed an increase in take-ups of over 20% compared with the last quarter while Cantara Residence achieved a take-up of more than 90%.

Meanwhile, asking prices in Petaling Jaya, based on the sampled 2- to 3-bedroom units, remained similar to their actual capital value of RM656 psf during the quarter.