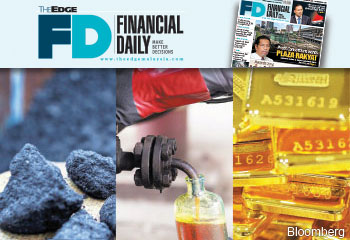 PUTRAJAYA: The Court of Appeal here has dismissed an application to set aside a permanent injunction by the Kuala Lumpur High Court to freeze assets worth S$79.1 million (RM203 million) of six individuals and two companies over the collapse of the shares in three Singapore-listed firms — Asiasons Capital Ltd ( Financial Dashboard), LionGold Corp Ltd ( Financial Dashboard) and Blumont Group Ltd — last year.

They also obtained a similar injunction from the Singapore High Court and from an Emergency Arbitration on an earlier date.

The three-person Appeal Court panel led by Justice Datuk Mah Weng Kwai unanimously ruled yesterday that there was a “real risk of dissipation” of the assets as the matter among others arose from suspicious transactions investigated by both the Singapore Exchange and the Monetary Authority of Singapore.

The panel also ruled that the Malaysian courts should adopt Section 11 of the Arbitration Act (AA) 2005 as a way to aide the parties involved in matters of arbitration, even those originating abroad.

The panel also decided that the proceedings in Singapore were interlocutory and that the question of res judicata — a matter which already has been decided before — does not arise.

Earlier at the hearing, the appellants had argued that having obtained an order from the Singapore High Court, the Kuala Lumpur High Court order was deciding again on a matter which had already been decided on.

Counsel Lim Chee Wee acted for Interactive Brokers, which was the respondent in yesterday’s matter. As part of his argument, he highlighted that the Malaysian judiciary could interpretate Section 11 as “pro-arbitration”.

Counsels U Sashiraj and D Paramalingam, who represented the appellants, said the order issued by the Singapore High Court was universal and that it encompassed the assets in Malaysia as well. Therefore, there was a case of duplicity in the order by the Kuala Lumpur High Court.

Sashiraj also argued that this may open a window to “abuse” of process.

In January, the Kuala Lumpur High Court in granting the Mareva injunction among others stated that the asset freeze is pending the arbitration process between the two disputing parties. The notice of arbitration was filed with the International Centre of Dispute Resolution, the international division of the American Arbitration Association by Interactive Brokers.

This article first appeared in The Edge Financial Daily, on October 14, 2014.