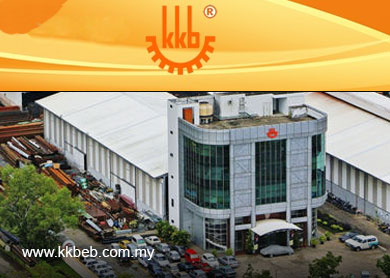 MIDF has downgraded KKB shares to “neutral” with a lower target price of RM2.15 from RM2.84 previously.

“We had earlier assumed higher earnings prospects for the group in FY14 and FY15. However, we believe that the potential earnings will be sluggish going forward due to dearth of new jobs and lower net profit margin,” said Hafiz.

“Despite continuous earnings setback, we believe that KKB still has a strong proxy to steel related works in robust Sarawak region development and will be a beneficiary of future subcontract oil& gas fabrication job awards.

"This will be supportive of its future earnings albeit at lower margins,” Hafiz said.