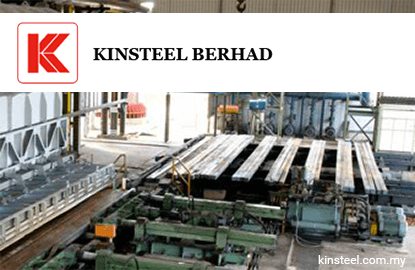 In a reply to Bursa Malaysia’s query today on its disposal, Kinsteel said the RCULS were purchased by six persons, with the largest amount at 13.8 million units bought by one 62-year-old Ignatius Luke Jr Tan Keng Hee.

“The issue price was at 100% of its nominal value,” it said when asked to state the issue price and the total number of RCULS subscribed by Kinsteel in 2012.

On the basis of arriving at the average carrying amount for RCULS impairment, Kinsteel explained that there are two audited adjustments on June and December last year.

To recap, Kinsteel announced on Monday (July 20) that it had disposed of 13.29% of Perwaja’s total issued RCULS on July 8, 14 and 16 this year, at 25 sen apiece to raise funds for its working capital.

The disposal had enabled it to realise a gain of RM3.72 million based on the net carrying value of Kinsteel’s investment in Perwaja RCULS as at March 31, 2015 of RM31.5 million.

It had also said then that the average carrying amount of Perwaja RCULS in the books of the Kinsteel group as at March 31, 2015 was about 15 sen per Perwaja RCULS.