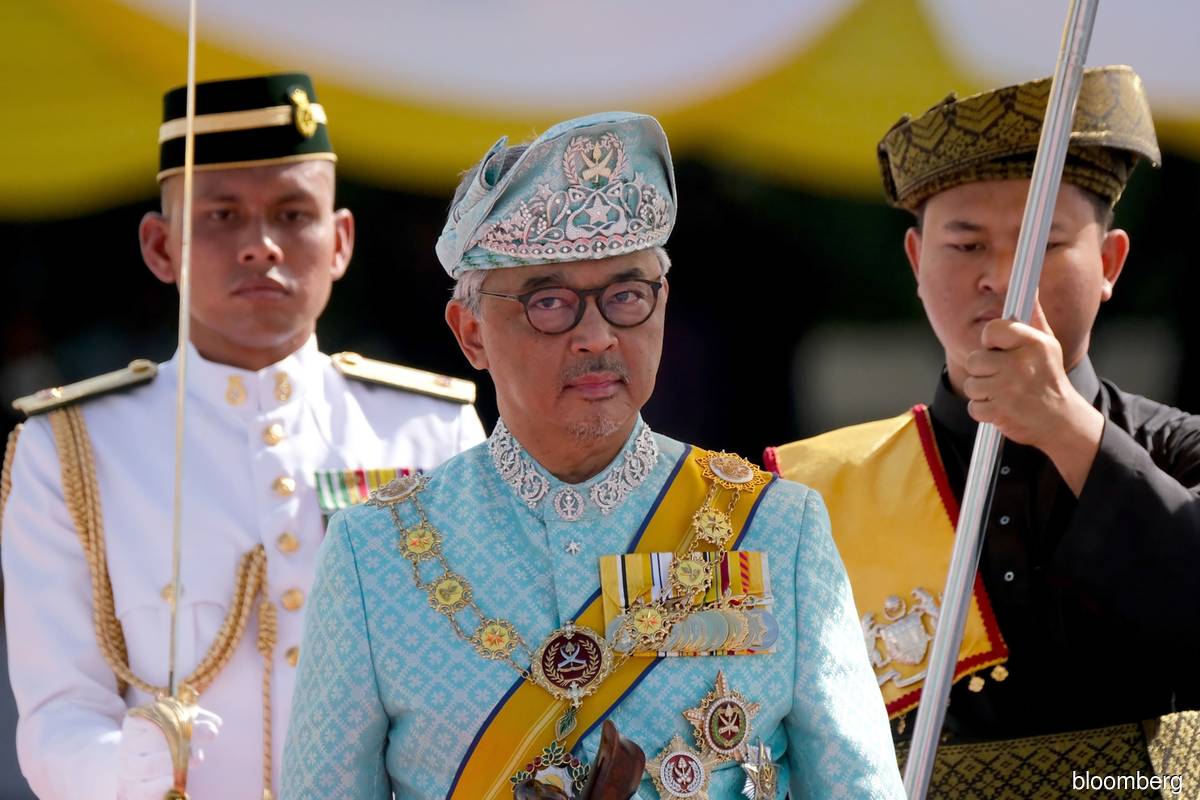 KUALA LUMPUR (May 16): Yang di-Pertuan Agong Al-Sultan Abdullah Ri’ayatuddin Al-Mustafa Billah Shah has expressed concern and sadness over the Israeli military aggression and violent attacks on the Al-Aqsa Mosque and the Gaza Strip.

Comptroller of the Royal Household for Istana Negara, Datuk Ahmad Fadil Shamsuddin, said Al-Sultan Abdullah described the incursions and ongoing attacks against the third holiest mosque in Islam and the Palestinians in the last days of Ramadan as heinous, cruel and inhumane.

He said that His Majesty, in line with Prime Minister Tan Sri Muhyiddin Yassin's special message on Palestine yesterday, expressed support for Malaysia to lead, together with Indonesia and Brunei, to issue a joint statement to strongly condemning the Israeli Zionist regime's brutal attacks on Palestinians.

“His Majesty also stressed that the Malaysian government supports and welcomes the proposal for a virtual emergency meeting of the Organisation of the Islamic Cooperation (OIC) to discuss the issue of Israeli terrorism against Palestinians, scheduled for today,” he said in a statement here today.

It was reported that the Israeli Zionist regime's aggression against the Palestinians started with the attack on the Al-Aqsa Mosque on May 7, followed by airstrikes in the Gaza Strip on Monday (May 10).

Thus far, more than 119 Palestinians have reportedly been killed and hundreds more injured.

Meanwhile, Ahmad Fadil said His Majesty also expressed hope for all Malaysians to continue fighting for the principles of justice and respect, as well as rejecting and opposing any form of violence and cruelty perpetrated against mankind.

Al-Sultan Abdullah also said Malaysians have always been in solidarity with Palestinians towards achieving the aspirations of an independent and sovereign Palestinian state based on the pre-1967 borders, with Jerusalem as its capital.

“This is also in line with the principles of the Malaysian government which unequivocally supports the efforts to establish a sovereign and independent Palestinian state, in line with laws and initiatives at the international level.

His Majesty also decreed all mosques and surau nationwide to hold ‘Solat Hajat’ and ‘doa selamat’ after Maghrib prayer tomorrow (May 17), to seek Allah’s mercy to protect the Palestinians from the evil intentions of the Israeli regime.

“His Majesty calls on all Malaysians regardless of race and religion, to pray with him, according to their respective beliefs, so that the Palestinians are protected and their homeland is freed from the Israeli occupation and oppression,” said Ahmad Fadil.