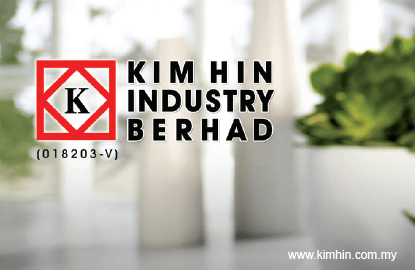 Revenue improved by 21.5% to RM118.75 million from RM97.74 million, thanks to contributions from the group's Australian subsidiary, Outset Holdings Pty Ltd, which it acquired on Sept 1, 2016.

The group noted that in FY16, all its geographical segments except Malaysia performed better.

The group did not declare any dividend for FY16.

Kim Hin said the group's results in FY17 would depend on the performance of the national and regional economies as well as fluctuations in main operating costs and foreign exchange movements.