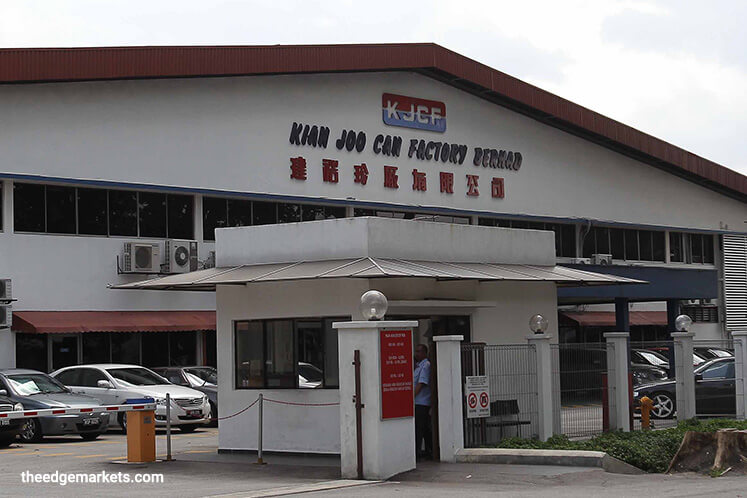 Quarterly revenue rose 15.17% to RM494.42 million against RM429.31 million on increasing demand for the group's products and upward adjustments of selling price to absorb the increase in the cost of direct material.

In a filing with Bursa Malaysia, Kian Joo said the cans division generated total operating revenue of RM313.4 million in 4QFY17 from RM281.9 million last year mainly due to an increase in demand and adjustment in selling price for aluminium cans to reflect higher cost of materials.

Meanwhile, its cartons division's revenue increased by 12.66% to RM150.4 million in 4QFY17 against RM133.5 million on the back of upward adjustments in average selling price to partially absorb the increase in paper cost.

Kian Joo’s contract manufacturing division revenue rose to RM42.9 million in 4QFY17 versus RM20.9 million a year ago on new major customer secured by the beverage manufacturing section during the year.

On prospects, Kian Joo said the group will continue facing the same key challenges faced by the group in FY17 such as weak sentiment in the consumer market in Malaysia which has a knock-on effect on the group's operations, escalating costs of direct materials such as tin plate, aluminium and paper rolls as well as increase in production costs, including labour cost.

The group’s shares were last traded at RM2.90, giving it a market capitalisation of RM1.28 billion.