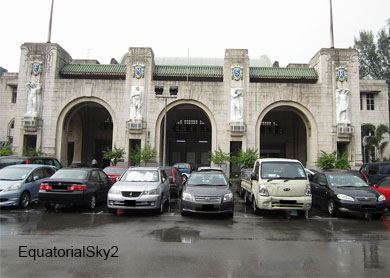 KUALA LUMPUR (Oct 31): M+S Pte Ltd, which is a 60:40 joint venture by Khazanah Nasional Bhd and Temasek Holdings (Private) Ltd, would not have been liable to pay development charges on the former Malayan Railway land in Singapore. This was decided by the Arbitral Tribunal in delivering its award on Oct 30, 2014, that has favoured the Malaysian party.

To reiterate, in September 2010, the Prime Ministers of Singapore and Malaysia announced that both countries had different views relating to the development charges on the said three parcels of the Points of Agreement (POA) land in Tanjong Pagar, Kranji and Woodlands. Both Leaders agreed to settle the issue amicably through arbitration and agreed to accept the arbitration award as final and binding.

In January 2012, Singapore and Malaysia entered into an agreement, submitting the issue to final and binding arbitration. The Permanent Court of Arbitration acted as Registry in this arbitration. The arbitration proceedings were conducted in accordance with the procedural rules agreed to by Malaysia and Singapore, and before a three person Arbitral Tribunal appointed by the countries.

The Arbitral Tribunal delivered its award on Oct 30, 2014, and decided that M+S would not have been liable to pay development charges on the said parcels, if the said parcels had been vested in M+S, and if M+S had actually developed the lands in accordance with the proposed land uses set out in the Annexes to the POA.

In a joint statement today, the Ministry of Foreign Affairs of Singapore and Malaysia said both countries are satisfied with the arbitral process and affirm both countries were afforded the opportunity to fully present their case on the issue.

“Singapore and Malaysia have agreed to abide by and fully implement the decision of the Tribunal. By resolving this matter through third party arbitration, both countries have demonstrated our common commitment to settling disputes in an amicable manner, in accordance with international law.

“The full and successful implementation of the POA has paved the way for joint development projects and closer collaboration between Singapore and Malaysia. Both countries look forward to working closely together to further strengthen and broaden our bilateral cooperation,” the statement read.