Up to Khazanah to sort out Malaysia Airlines' quandary, says Tengku Zafrul 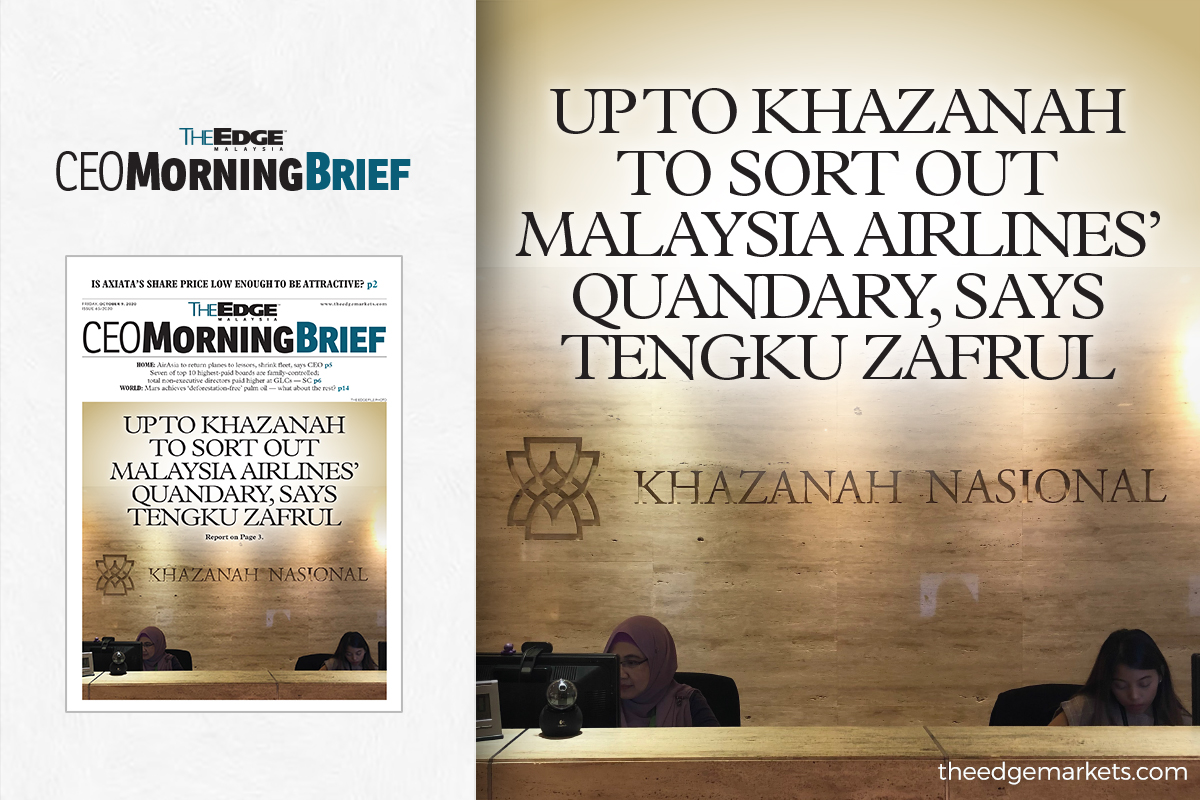 KUALA LUMPUR (Oct 8): Finance Minister Tengku Datuk Seri Zafrul Tengku Abdul Aziz has reiterated that the government will not pump in any more funds into Malaysia Airlines Bhd, and it is purely up to the airline's sole owner Khazanah Nasional Bhd to sort it out.

“We have consistently said that this is the matter [that] Khazanah [has] to resolve.

“The Ministry of Finance (MoF) will not be injecting any [more] cash or capital into the airline through Khazanah ... so Khazanah [as the sole owner] will have to undertake their own exercise to ensure the survival of Malaysia Airlines,” he said during The Breakfast Grille programme on BFM radio today.

Reuters yesterday reported that the parent of Malaysia Airlines, Malaysia Aviation Group (MAG), had warned leasing companies that Khazanah would stop funding the group, forcing it into a winding-down process if restructuring talks with lessors are unsuccessful.

The warning from MAG, the holding company for the carrier, raises the stakes in negotiations for a financial shake-up known as "Plan A" and sets out an alternative plan to divert funds to a sister airline, Firefly, according to a letter seen by Reuters.

To recap, Khazanah was looking for a possible merger with other airlines, including with low-cost airline AirAsia, since last year, but to no avail.

The Covid-19 pandemic has literally brought down the aviation industry to its knees with various airlines globally shutting down or filling for bankruptcy as borders were closed and aircraft were grounded.

Meanwhile, Endau Analytics aviation analyst Shukor Yusof was quoted as saying that Malaysia Airlines should be disbanded as it could no longer be saved.

“Malaysia Airlines problems have run deep and difficult to repair. With the spread of Covid-19, the company's finances are becoming increasingly difficult to deal with.

In its financial outlook for the global air transport, IATA said as for 2021, losses are expected to be cut to US$15.8 billion as revenues rise to US$598 billion.

“Financially, 2020 will go down as the worst year in the history of aviation. On average, every day of this year will add US$230 million to industry losses. In total that’s a loss of US$84.3 billion,” it said.