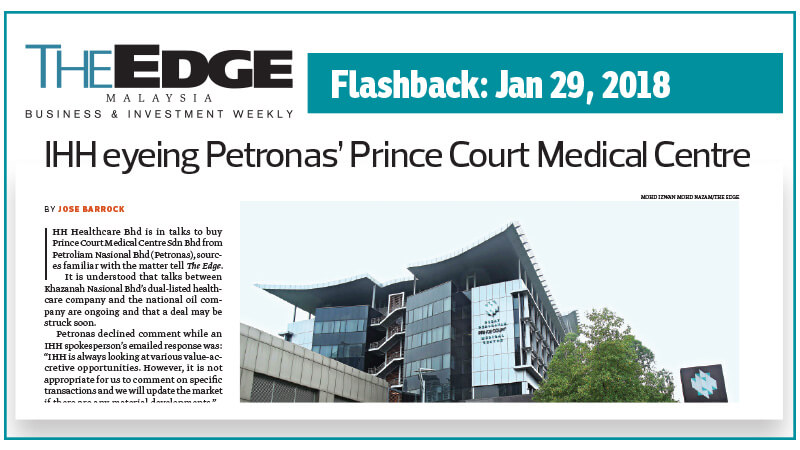 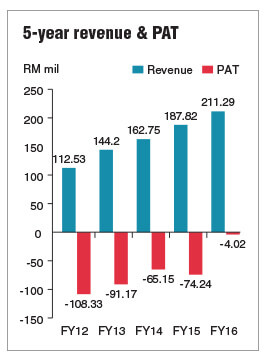 Concurrent with the signing of a share sale and purchase agreement (SPA) for the acquisition, Khazanah entered into a term sheet for a collaboration agreement with its dual-listed healthcare unit IHH Healthcare Bhd to improve the operations of PCMC.

“IHH will be given a right of first offer to acquire PCMC during a pre-agreed period,” Khazanah said in a statement.

“We are delighted with this rare opportunity to acquire PCMC. We invested in Pantai Holdings Bhd back in 2006, and transformed this platform into what is now known as IHH Healthcare Bhd, the largest emerging market listed hospital operator with over 10,000 beds in 10 countries. Working together with IHH, we aim to elevate PCMC into a leading hospital that delivers world-class healthcare for medical tourists,” said Khazanah managing director Tan Sri Azman Mokhtar.

Under the terms of the SPA inked between Petronas Hartabina and Khazanah’s PMV for the acquisition, PMV will acquire the medical centre at an agreed price comparable to market assessment, payable upon completion of the transaction, which is anticipated at the end of the second quarter of this year, said Petronas in a separate statement.

According to industry sources, the purchase price of PCMC is likely to be around RM1.4 billion based on PCMC’s accumulated debt in FY16. However, the source pointed out that the hospital turned Ebidta-positive in FY17, adding that the hospital may also have goodwill as it has a good team of doctors.

The hospital also sits on a valuable six-acre parcel near Jalan Bukit Bintang, Jalan Kia Peng and Jalan Tun Razak. Based on the most recent transaction near the hospital in Jalan Kia Peng — the sale of the former official residence of the German ambassador to Malaysia by Malaysian Resources Corp Bhd at RM3,973.77 psf to the Social Security Organisation (Socso) — this land would be worth a whopping RM1.04 billion.

Additionally, it is learnt that there is another nine-acre plot in front of the hospital which is leased from the Federal Land Commission under Petronas, but gazetted for healthcare use.

It is unclear if the leasehold plot, which is said to have some 60-plus years remaining, will form part of the deal between Petronas and Khazanah. “The question is whether the RM1.4 billion will override the rest of the asset value [of both plots],” the source said.

Other parties have made overtures for Prince Court previously, but none of them turned serious. It is understood that one near-serious offer was made via a planned special purpose acquisition vehicle, which did not materialise. At the time, the offer price bandied about was RM550 million.

“Petronas believes PCMC is ready for its next phase of growth and we are confident this transaction will position Prince Court to realise its aspiration of becoming the leading healthcare provider in Asia,” he added.

But according to data from the Companies Commission of Malaysia, PCMC, which had total assets of RM545.33 million against total liabilities of RM102.39 million as at end-2016, had accumulated losses amounting to RM1.43 billion.

This is because the medical centre has been loss-making from 2009 up to the financial year ended Dec 31, 2016 (FY16), albeit with improving numbers, in tandem with a gradual rise in revenue.

Meanwhile, PCMC’s parent company Petronas Hartabina, which has a share capital of some RM1.94 billion, saw total liabilities skyrocket to RM4.22 billion as at end-2016, from RM54.2 million the year before. Concurrently, its total assets rose to RM5.34 billion — from RM1.18 billion in 2015 — almost all of which are non-current assets.