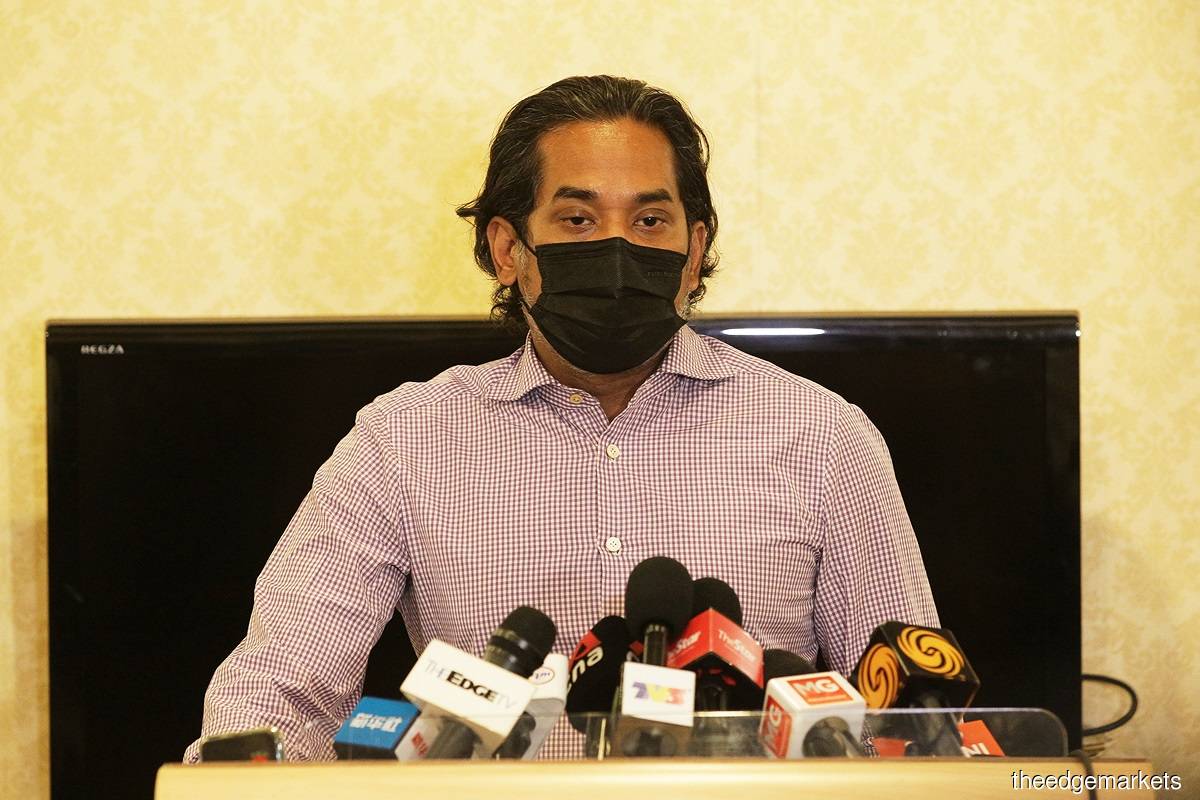 Khairy, who is also the Minister of Science, Technology and Innovation, said this is because 99% of senior citizens in the Klang Valley and 88% in Selangor who had registered for vaccination have either received the first dose of the vaccine jab or received their appointment date.

He said individuals who had registered to get vaccinated from Feb 23 would get their appointment date tomorrow for vaccination at the National Stadium PPV.

"Instead of waiting until we have completed 100% of those who registered for vaccination, I decided to start Phase 3 (after the senior citizens have completely been vaccinated) so that this phase can be expedited.

"Any state that has achieved 90% of the first dose of the vaccine jab or those who are registered have received their appointment dates, then we will begin the third phase of the immunisation programme," he said at a joint press conference with Finance Minister Tengku Datuk Seri Zafrul Abdul Aziz on the National Recovery Plan — Vaccination the Key to Economic Recovery.

Khairy explained that senior citizens who register after tomorrow's launch of the third phase in the Klang Valley would still be given priority in the list of vaccine recipients.

In March, Health Minister Datuk Seri Dr Adham Baba was reported to have said that vaccination under Phase 3 involving those aged 18 and above would be from May 2021 to February 2022.

In the meantime, Khairy said Malaysia's performance in administering vaccine jabs is good and, in fact, more competitive compared to several of its neighbouring countries and not too far behind Japan, which is a developed nation in Asia.

"Actually, the vaccination capacity is not a problem, but (the problem) is the vaccine supply schedule due to vaccine inequality worldwide and the government is doing its best to get the vaccines as quickly as possible.

"We will get a supply of 12.8 million doses of vaccine in July and 14.4 million doses in August, subject to delivery. This is the agreement given by the suppliers and this will enable us to reach the target of having 80% of the country's population vaccinated much earlier than December," he said.

As for the AstraZeneca vaccine, he said Malaysia had received 828,000 doses of the vaccine from the 7.8 million ordered.

Asked why the government did not expand the use of the single-dose vaccines produced by China's CanSino Biologics Inc as well as by Johnson & Johnson, Khairy said that the supply of Pfizer, AztraZeneca and Sinovac is sufficient for the time being.

"If both these vaccines are required, we will decide from time to time, subject to the country's finances," he said.

In the meantime, Khairy explained that the reduced daily vaccination tally on weekends is due to some PPVs taking a day's break in accordance with the total vaccine supply.

"But they have assured me that when supply increases in July, they are willing to operate seven days a week," he said.