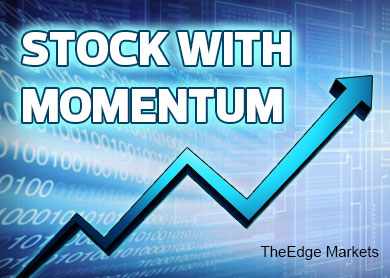 In terms of earnings, KFM returned to the black with a net profit of RM488,000 in the first quarter ended June 30, 2014, from a net loss of RM1.5 million in the previous corresponding quarter. Revenue however slipped 11.6% to RM9.7 million, from RM10.9 million previously.

KFM is one of the counters picked by TheEdge Research for Stock with Momentums this afternoon. The others are Teo Seng Capital Bhd and Yen Global Bhd.

Teo Seng, a manufacturer of animal feeds and layer farming, saw its share price almost qundraple since April this year, climbing from 65 sen to historical high of RM2.49 today.

According to TheEdge Research, Teo Seng has a risk rating of four, on the scale of one to five. Five is the higest risk rating.