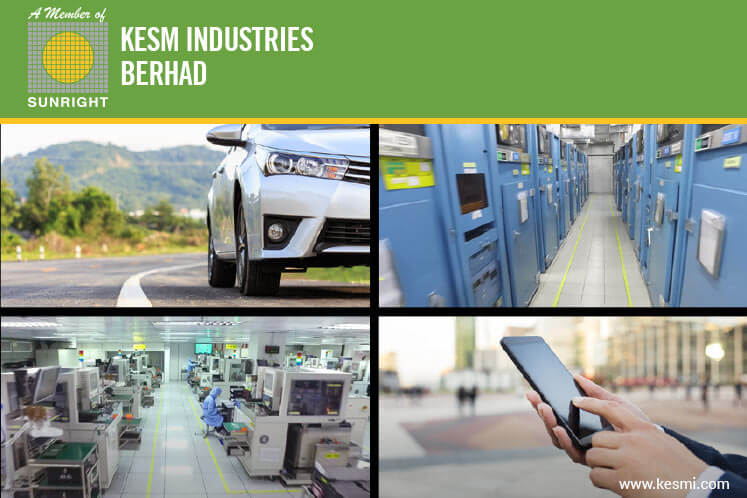 "After a robust FY17 capex of RM107 million (cashflow figure) from RM30 million in FY16, management guided for preliminary capex of RM70-80 million for FY18E.

"We understand that capex has been allocated for a combination of new automotive products and capacity increase of existing products.

"Factory utilisation levels were, however, lower in the first two months of 1QFY18 although they have picked up significantly in the final month, leading us to believe that 1QFY18 could be rather flat sequentially but still an improvement on a yoy basis," Low said.

He said Affin Hwang maintains its buy call for KESM shares with an unchanged RM21.80 target price. At 10:54am, KESM shares were traded at RM16.62 for a market value of RM721.78 million.

"We see the high capex spent in recent years and the build-up of its automotive test business as supporting KESM's underlying growth," Low said.