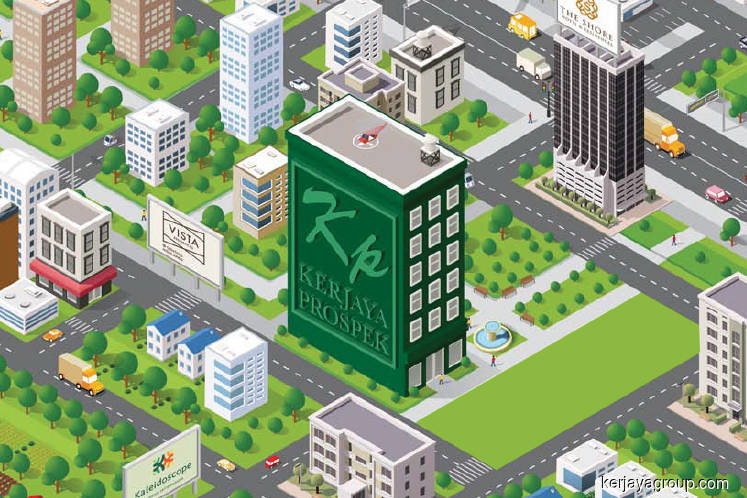 Group executive chairman Datuk Tee Eng Ho said the target for FY20 will be higher than the RM1.2 billion new job wins it set for FY19 as Kerjaya Prospek is currently bidding more than RM4 billion worth of construction jobs, which include high-rise building jobs and infrastructure work in the Klang Valley and Penang.

“Definitely, it [the order book] will be more than RM1.2 billion, today I would say [the order book] would be between RM1.3 billion to RM1.4 billion [for FY20], [majority coming from] the high-rise building projects and some 10% to 20% from infrastructure works such as bridges and reclamation works, he said at a briefing for media and analysts on the group’s 3QFY19 result yesterday.

Kerjaya Prospek saw its 3QFY19 net profit fell 10.5% to RM33.01 million from RM36.88 million a year ago, due to higher tax expenses arising from under provision of tax.

The construction division has remained the group’s main contributor, which currently accounts for 94.8% of the total group’s revenue, while the property development and manufacturing segments contributed to the balance of the top line.

Asked about the prospect for the rest of FY19, Tee said he expected the group to end the year on a flat note.

Meanwhile, he has expressed interest in mergers and acquisitions, with an eye on acquiring construction-related companies, citing that mainly due to its complement with Kerjaya Prospek’s business in the construction segment.