Kepong incinerator contract award to be finalised in April 2015 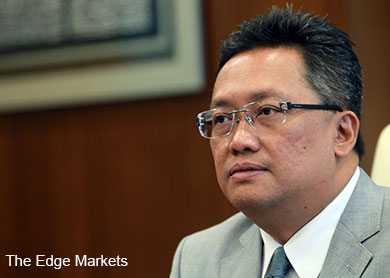 KUALA LUMPUR (Nov 19): The government is expected to finalise the contract award to build a waste-to-energy incinerator project in Taman Beringin, Kepong, which is estimated to cost up to RM800 million, by April next year, said Urban Wellbeing, Housing and Local Government Minister Datuk Abdul Rahman Dahlan.

It will then proceed to get approval from the Cabinet, with construction work on the incinerator slated to begin in early 2016.

Abdul Rahman however declined to confirm this, saying the tender process is still on-going.

"The name of the four (shortlisted) companies cannot be made public as the process of tender is still ongoing. They have been given until Dec 22 to submit their proposals," Abdul Rahman said in the Dewan Rakyat today in reply to a question from Serdang Member of Parliament Ong Kian Ming.

He added that the tender process is done according to international standards to ensure that the government will get value-for-money service and use environmental-friendly and proven technology for the proposed incinerator.

"The prime minister and the Cabinet want to ensure that the (incinerator) project is of international standards," he said.

Abdul Rahman also said that the government has appointed a consultant to carry out a detailed environment impact assessment (DEIA) report on Sept 24, which is expected to be completed by June next year.

The ministry is then expected to obtain a decision on the DEIA report by the Department of Enviroment in September 2015.

"Findings of the DEIA report will list out the conditions that need to be followed by the concessionaire to ensure that the incinerator is environmental friendly," he added.

The government has been lobbying for the incinerator project, terming it an ideal scheme to tackle rising solid waste generation in the Klang Valley. However, residents of Kepong are dead against the incinerator plan.

On another matter, Abdul Rahman has defended his ministry's decision to approve the use of “unproven” incinerator technology by XCN Technology Sdn Bhd (XCNT) in two projects worth RM88.74 million in Langkawi and Pangkor.

"There is no problem with the technology. The incinerator technology has been in existence for decades and is available around the world. The problematic part is the building. This is something I am going to resolve, hopefully we can resolve it soon," he said.

"No project can be build with 100% perfection on the first try," he added, saying Western countries also had to tweak their technology for a period of time before it can operate well.

He was responding to a recent Public Accounts Committee report that had questioned the ministry’s award of the two incinerator projects to XCNT via direct negotiation, and for approving the use of the unproven incinerator technology by the company.