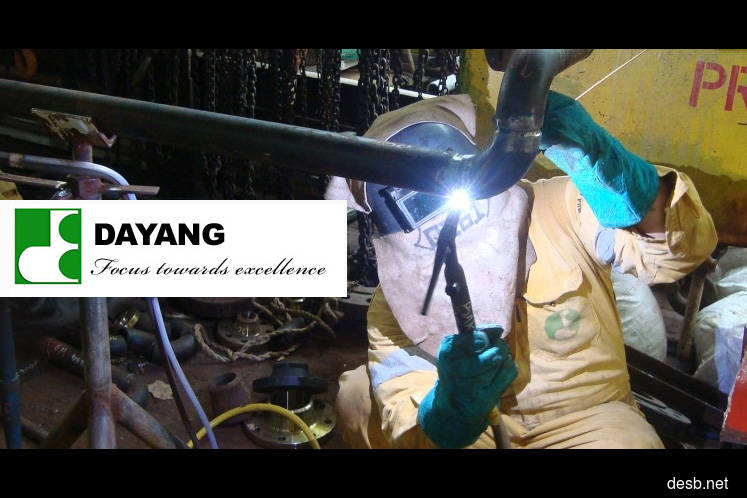 In a note today, Kenanga analyst Steven Chan explained that the downgrade was due to Dayang's strong share prices of late, as well as a weaker fourth quarter for the financial year 2019 (FY19) and a potential deficiency of contract awards for the time being which posed as overhangs.

Dayang on Jan 13 announced it had procured two contracts for the provision of integrated hook-up and commissioning (i-HUC) services for Petronas Carigali Sdn Bhd — Package B (SBA) and Package D (SKO).

Kenanga estimated the two contracts were worth circa RM2 billion.

The TP upgrade was based on Dayang's earnings upgrade, implying price-earnings ratio of 15 times on FY20 for the group.

Chan said with the i-HUC contracts finally awarded to Dayang, he was not expecting any further contract wins for the group for the time being.

"However, any pullback from current levels may pose as an opportunistic entry. Risks to our call include: (i) unexpected contract awards, and (ii) higher-than-expected work orders," he added.